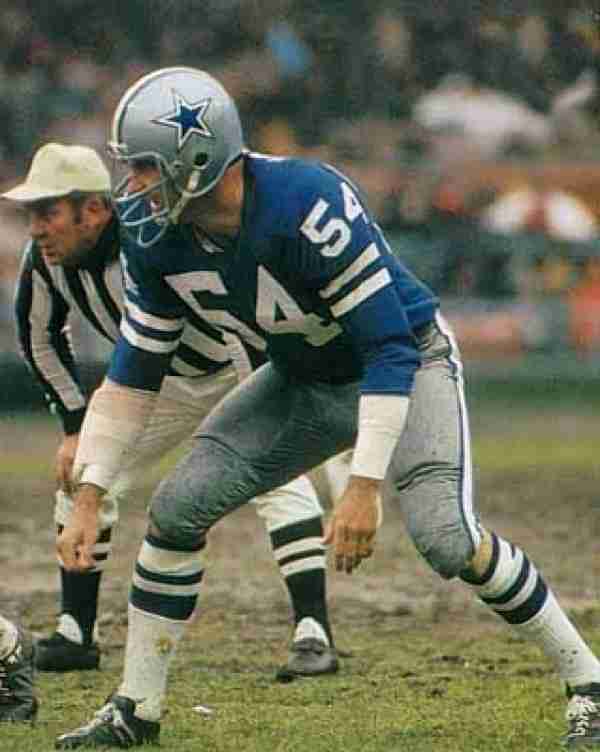 
Chuck Howley has the credentials for the Hall of Fame.  He was a six-time Pro Bowler and was a First Team All-Pro five times.  Howley was a big game player and even in the Super Bowl V defeat, he won the MVP of the game.  To this day, Howley remains the only player on a losing team to win that award.  Howley’s play was good enough to win the Super Bowl MVP in Dallas’s win but he was edged out by Roger Staubach.  The Dallas defense was loaded those years, but Howley was certainly a great contributor to that.  Legendary coach Tom Landry called Howley the greatest linebacker he ever had, and he was the fourth player in the Cowboys Ring of Honor.