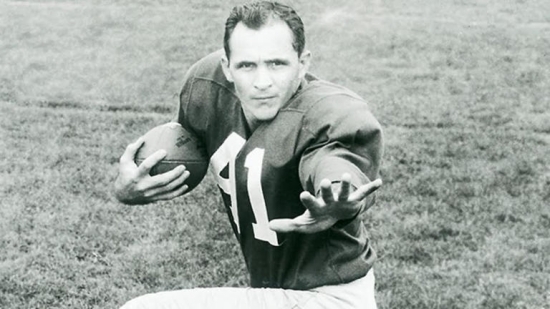 Jerry Norton began his professional football career in 1954 with the Philadelphia Eagles, where he started as a Safety, then performed as a Half Back, then back to Safety again.  Norton was also an excellent Punter, and in 1957 he would lead the league in Punts and Punting Yards.  He would be traded to the Chicago Cardinals (which would become the St. Louis Cardinals) before 1959 and was affixed at Safety and Punter, and he would continue on a five-year streak of Pro Bowls that he began in Philadelphia.  Norton would again lead the NFL in Punts and Punting Yards in 1960, which was the same season he led the league in Interceptions (10).  He would accumulate 35 picks in total.

Late in his career as a Green Bay Packer, he would act solely as a Punter.

Should Jerry Norton be in the Hall of Fame?

#1 Daniel Norton 2021-08-16 16:02
He is the only player in nfl history to tie the record of 4 interception s caught in a game by an individual twice.
Quote
Refresh comments list
RSS feed for comments to this post