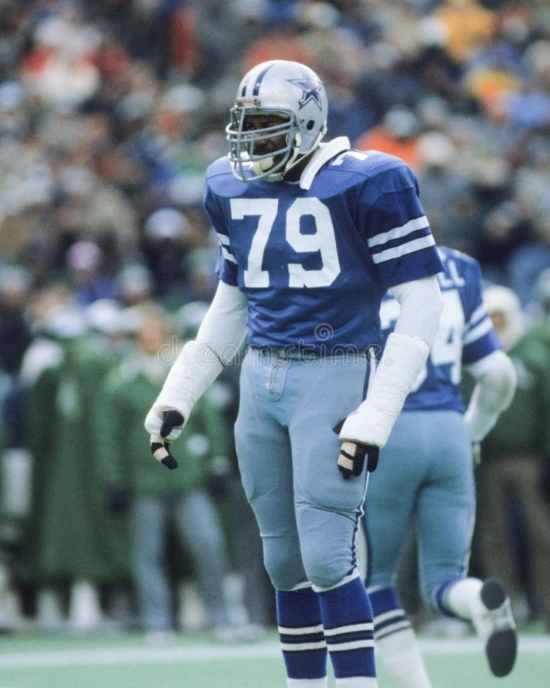 It was fitting that Harvey Martin played his entire pro career with the Dallas Cowboys.  Martin was born in Dallas, played at East Texas State, and was drafted in the 3rd Round by the Cowboys in 1973 and joined and immediately contributed to what was already a dominating defensive unit.

Martin earned the starting Right Defensive End position in his third year (1975) and would then go on a four-year run of Pro Bowl Selections (1976-79).  The second of those years was considered one of the best ever by a Cowboys defensive player.  That year he won the NFL Defensive Player of the Year had 23 (unofficial) Sacks and was the co-MVP of Dallas’ Super Bowl XII win with Randy White.

Although Quarterback Sacks were not an official statistic until 1982, Martin is believed to have recorded 114 over his career.  It is next to impossible to imagine the “Doomsday Defense” without the contributions of Harvey Martin.

Should Harvey Martin be in the Hall of Fame?