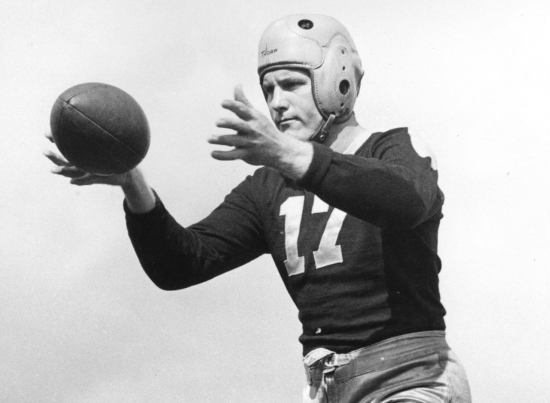 Usually, when you speak of a five-year career in any sport, you can't be talking about a great player.  Not very many people had a five-year run like Cecil Isbell.

Isbell was the 7th Overall Draft Pick by Green Bay in 1938, and as a rookie, he joined Arnie Herber in the Packers backfield.  Isbell was rushing more in the first two years, and back in those days, Tailbacks were often passing and rushing with similar frequency.  He would subsequently the Packers win the 1939 NFL Championship.

Isbell would take more of a passing role, and in 1941 and 1942, he would lead the NFL in Passing Yards and Passing Touchdowns, the last year seeing him be the first passer to throw for 2,000 Yards.  He would set the since broken record with 23 straight games with a Touchdown Pass.

He would retire after 1942, though not due to injury but due to beginning a coaching career.

Should Cecil Isbell be in the Hall of Fame?