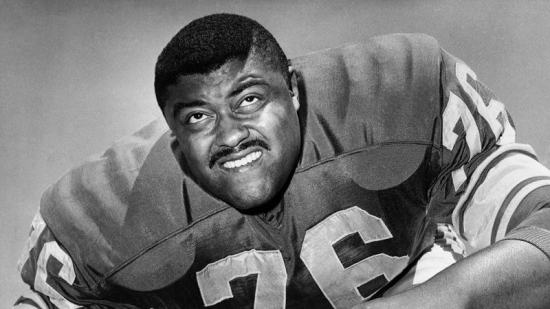 While Rosey Grier was better known for being one of the inaugural members of the Los Angeles Rams' "Fearsome Foursome," the defensive stalwart was a better player in the first two-thirds of his professional career when he was with the New York Giants.  Grier helped the New York win the 1956 NFL Championship, and the two Pro Bowls (1956 and 1960) he was named to was as a Giant.  He would also be selected as a First Team All-Pro in 1956 and was a two-time Second Team All-Pro.

Grier started all 141 games he played in the NFL and recorded over 40 (unofficial) Sacks.

Grier would become a more prominent name after his professional career was over as he served as a bodyguard for Robert F. Kennedy and helped to disable his assassin, Sirhan Sirhan.  Grier would also make many television appearances and had his own talk show in Los Angeles.

Should Rosey Grier be in the Hall of Fame?