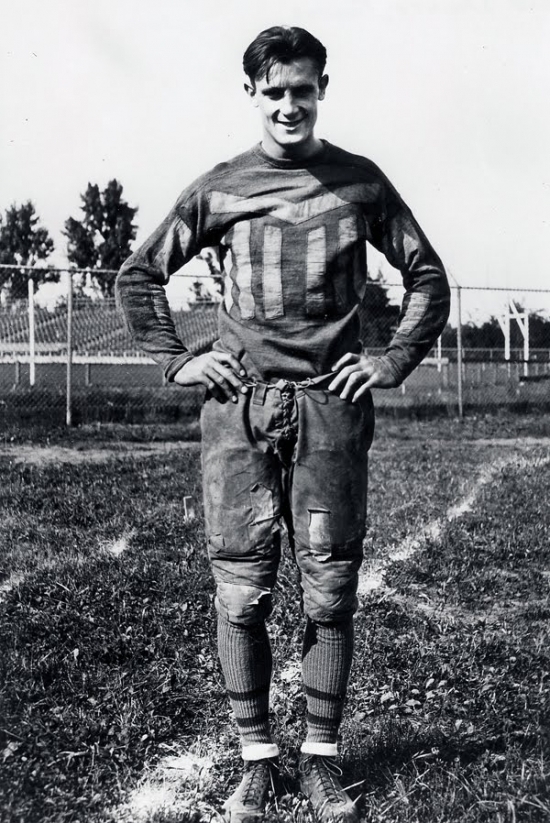 Lavvie Dilweg was a star at Marquette, and he would keep his athletic talents in the state of Wisconsin, as he signed with the Milwaukee Badgers in 1926. The stay in Milwaukee was short-lived as the team folded that year.  He would travel north and join the Green Bay Packers in 1927, an organization he played for until 1934.  Dilweg was considered to be one of the most complete players of his era, a time frame in which the football players performed at both ends, and his peers viewed him as one of the top tacklers and blockers of his day.  Stats back then were not well kept, but he was also a decent offensive weapon, and overall, he helped the Green Bay Packers win three consecutive NFL Championships (1929, 1930 & 1931).

Dilweg was named to the 1920's All-Decade Team, and he was named a First Team All-Pro in five straight years (1927 to 1931), and historically speaking is one of the most curious omissions from Canton, especially considering he was never even nominated.

While some fans of Green Bay may champion other players for the Pro Football Hall of Fame, but now that Jerry Kramer has been finally made his way to Canton, Lavvie Dilweg is the biggest snub who wore the green and gold.  The fact that he was named a Finalist by the Centennial Slate Class does offer a little hope for the future.