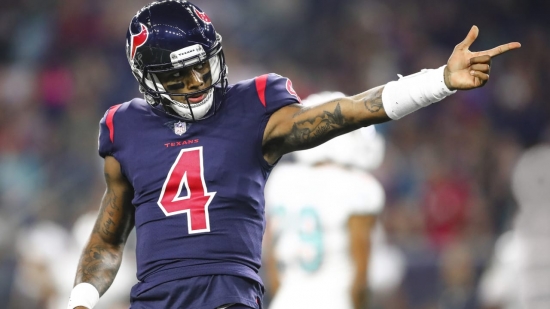 Oh boy.   We had Watson pegged as a future Hall of Fame inductee, and even though he was leading a team in Houston that did not have the supporting cast to win a Super Bowl, there was nobody who pointed the finger at Watson for that not happening.  Since then, Watson has been beset by scandals, that cost him the entire 2021 Season, and the first 11 Games of this year, and it may not be over yet.  When (or if) he comes back, he will have to perform at a level so elite for an extended period of time to alleviate the stench around his name.  He has the talent, and he can put up the numbers, but this is one hell of a mountain to climb.  We try to do these lists on stats, as we think that is usually the deciding factor, but there are always extraordinary circumstances, and honestly, we don't know quite know how to factor that in.  If this were any other sport, we likely wouldn't bother to rank Watson, but this is not any other sport.