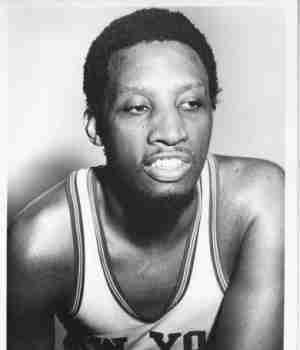 Dick Barnett led tiny Tennessee State to three straight NAIA titles in the 50’s before becoming a star with the Lakers and the Knicks.  He was on both of the Knicks championship teams.  Barnett had 15,000 career points for “Fall Back Baby” as Chick Hearn dubbed him as he was as infamous for the way he shot his great jump shot (he actually kicked both of his legs out when shooting his jump shot). He was elected in the second College Hall of fame class in 2007, which will likely hurt his chances of getting in the real one.