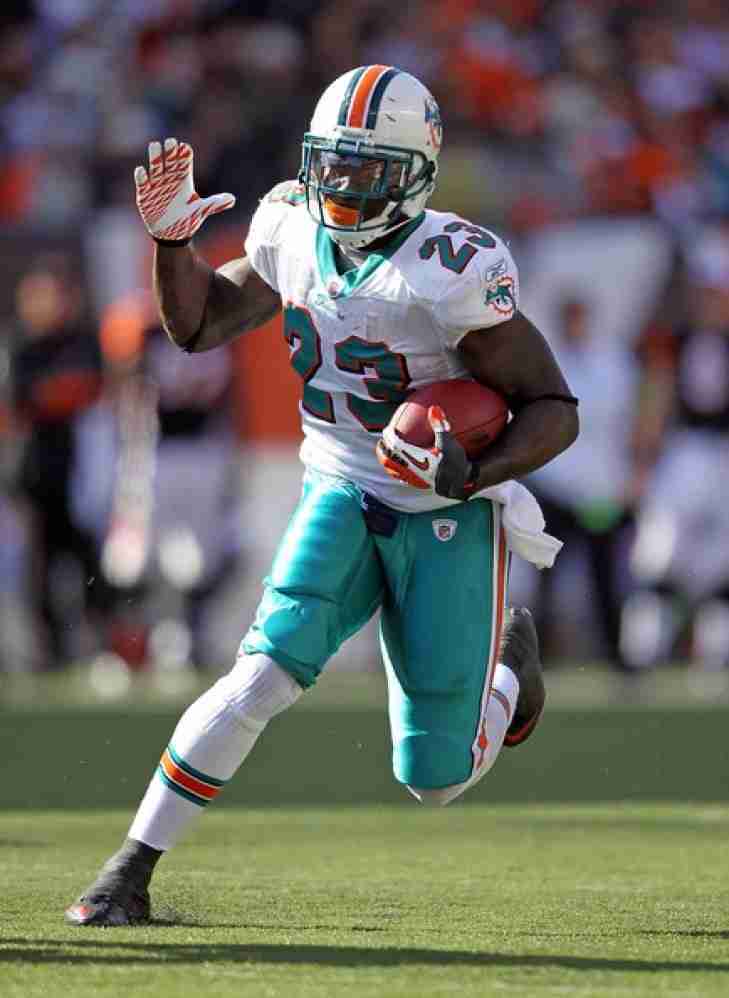 A former MVP of the Citrus Bowl and second overall draft pick in 2005, Ronnie Brown may not have had the same success that he did at Auburn as he did in the NFL but this is still a professional football player who was good enough to make a Pro Bowl (2008) and have a 1,000 Yard Rushing Season (2006).  He would have over 7,000 Yards from Scrimmage in his career.
Subscribe to this RSS feed