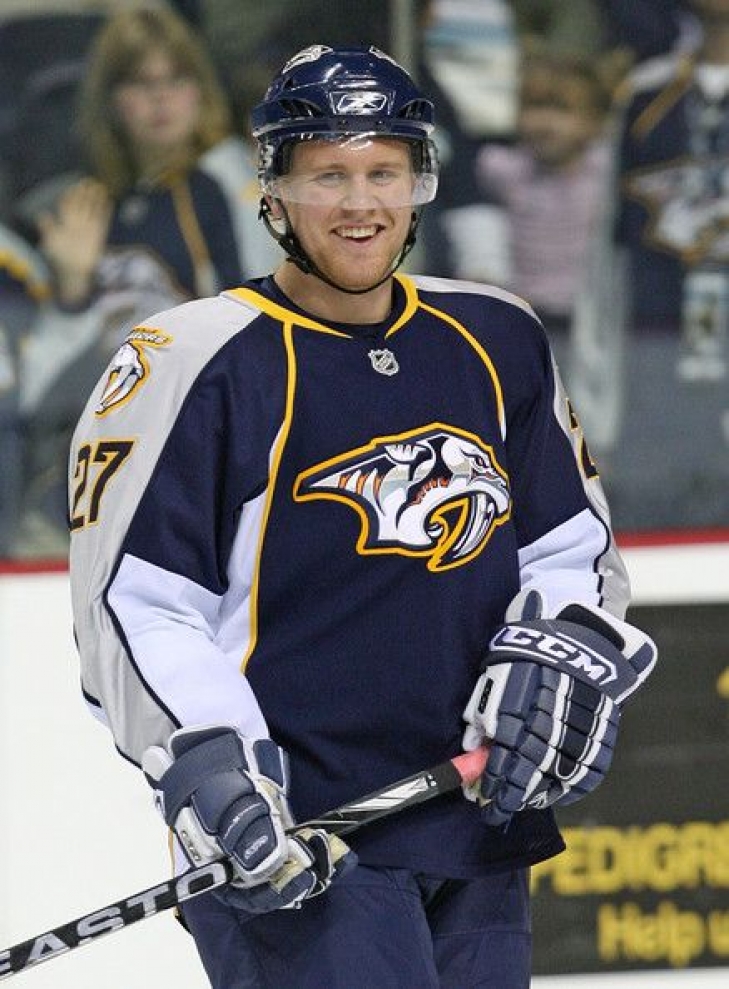 The last man picked in the NFL Draft is called "Mr. Irrelevant," and why they don't refer to that in the NHL, Patric Hornqvist, who was the final pick in 2005, did not have an “irrelevant” career.

The Swedish Right Wing first debuted for Nashville in 2009, but it was the following season where he was a bona fide NHLer.  Hornqvist had 51 Points in his first full year, dipping into the 40s the two years after, before falling to only 14 Points in an injury-riddled year.  He played one more year in Nashville, his most productive with 53 Points, a career-high.  The Predators traded Hornqvist to Pittsburgh in the 2015 off-season.  As a Predator, Hornqvist accumulated 264 Points in 363 Games.

Hornqvist would win two Cups with the Pens, including scoring the Cup-winning Goal in 2017, ironically against Nashville.