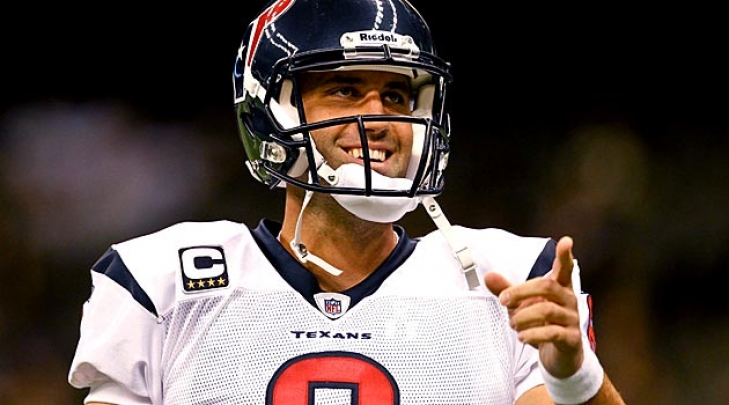 Matt Schaub was the 2002 ACC Player of the Year and it helped put the Virginia Quarterback on the map for the 2004 Draft where he was chosen by the Atlanta Falcons in the Third Round where be backed up Michael Vick for three years.  Schaub saw little action as a Falcon, but the belied was that he was ready to be a starter.  The Houston Texans agreed with that assessment, and they pulled the trigger and traded for him in 2007.

Schaub took over for the departed David Carr, and after a slow start, he had the best year of his career in 2009 where he led the NFL in Pass Completions (396), Passing Yards (4,770), and he had a career-best 29 Touchdowns.  Schaub was a Pro Bowler that year, and he had another 4,000-Yard year in 2010.  After missing six Games in 2011, Schaub had one last good year in him with his second Pro Bowl campaign and his last 4,000-Yard campaign.

Schaub was mostly a backup after that, with one more year in Houston, one in Oakland, one in Baltimore and four final seasons back in Atlanta.