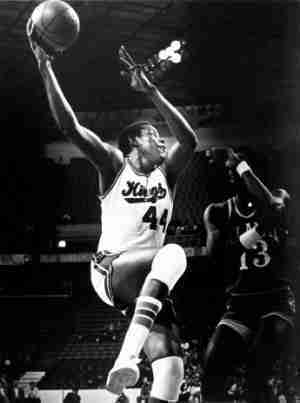 One of the great unsung big men of the 70s, Sam Lacey led tiny New Mexico State to a Final Four in 1970 and still got no respect.  Perhaps this was because fellow big men Bob Lanier and Artis Gilmore were at this same Final Four!  He was one of the most consistent rebounders and defenders of the 1970s for the Kings and may be their most popular player ever.  Of course, we are referring specifically to the Kansas City Kings and they were never serious contenders.  Lacey is also one of the best passing big men the pros ever had and played in over 1,000 games placing him in the top 100 of that category.