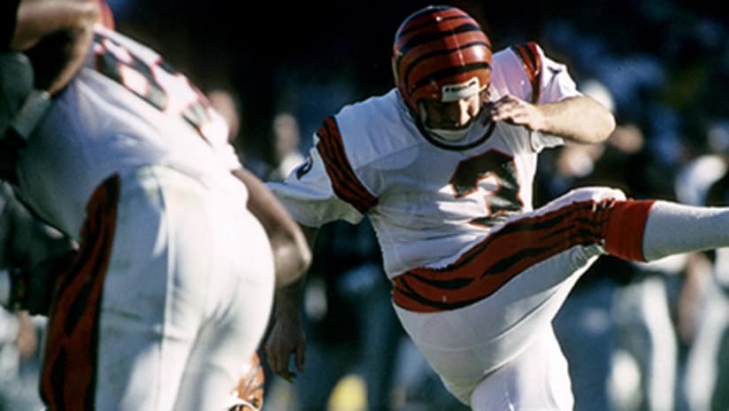 Jim Breech had the honor of being a select group of Kickers to be chosen in the NFL Draft when the Oakland Raiders took him in the Eighth Round of the 1979 Draft. His tenure in Oakland was short-lived as the Raiders signed Chris Bahr, and cut Breech.  The Bengals would be Breech's landing place, and as of this writing, he has been the most productive Kicker in franchise history.