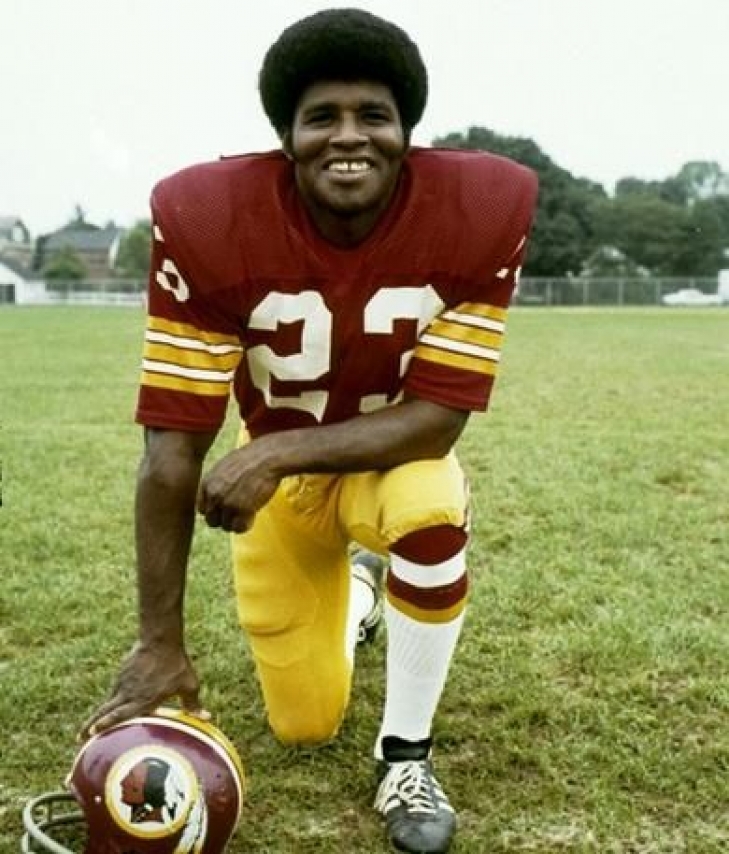 The Dallas Cowboys drafted Cincinnati’s Brig Owens in 1965, but he never made it past the Taxi Squad.  He was packaged in a five-player deal to the team that would become their fierce rivals, the Washington Redskins after that year, and it was in D.C. where the Safety played his entire pro career.