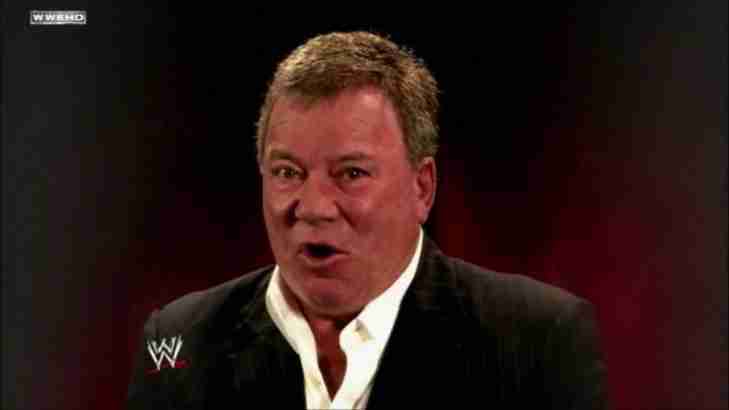 Clearly a fan of professional wrestling, William Shatner has appeared on WWE television a few times, the first of which saw him teach Jerry “The King” Lawler a lesson on RAW. Shatner would actually return to induct the King into the WWE Hall of Fame, and he was one of the better guest hosts in the RAW experiment of rotating celebrity hosts. We would take Shatner over Drew Carey for sure.