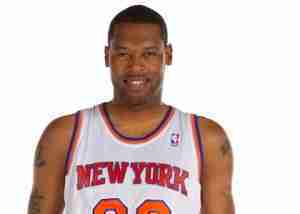 Regarded mostly as a Defensive specialist in his career, Marcus Camby won the NBA Defensive Player of the Year in 2007 and was chosen for four NBA All Defensive Teams (two First Team and two Second Team) and would also lead the NBA in Blocks per Game four times. Camby would average 9.8 Rebounds per Game and still show some offensive acumen with a respectable 9.5 Points per Game. Considering that Camby has never been chosen to an NBA All Star Game, he has a career PER of 17.8, which actually is better than some existing members of the NBA Hall of Fame.