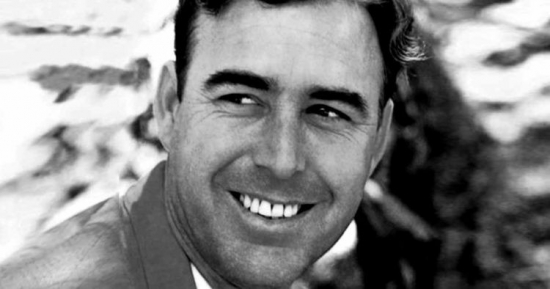 Coming from a family of California fruit-pickers and dropping out of multiple post-secondary schools didn’t exactly say “hit country singer”, but Johnny certainly became that exact thing. Seemingly unsure of what to do, he traveled around: getting a job in a California mail room, then studying geology in Seattle, then searching for gold in Alaska. While in Alaska, he began writing songs. Returning south, he entered one of his songs in a contest in Texas and won first place. This encouraged him to pursue music for his career. After a number of false starts and tough times in his early recording years, he got a one-year contract with Columbia records. Hoping to get some hits, he took his honky-tonk style and added some rockabilly sounds to it (which was the popular trend at the time). His plan worked. He was able to score a number of huge hits throughout the late 1950’s. Included in these hits was “The Battle Of New Orleans”, which earned him his only Grammy award, was named one of the greatest songs of the 20th century and remains one the most popular songs in the history of the Billboard charts. This run of success probably would have continued, but Johnny died in a car crash in 1960. But even with a very short career, Johnny Horton left a lasting legacy on the country music genre, inspiring various artists to come after him. He has also made it into the Rockabilly Hall Of Fame, and the Louisiana Music Hall Of Fame. Will the Country Music Hall Of Fame be next?

Should Johnny Horton be in the Hall of Fame?