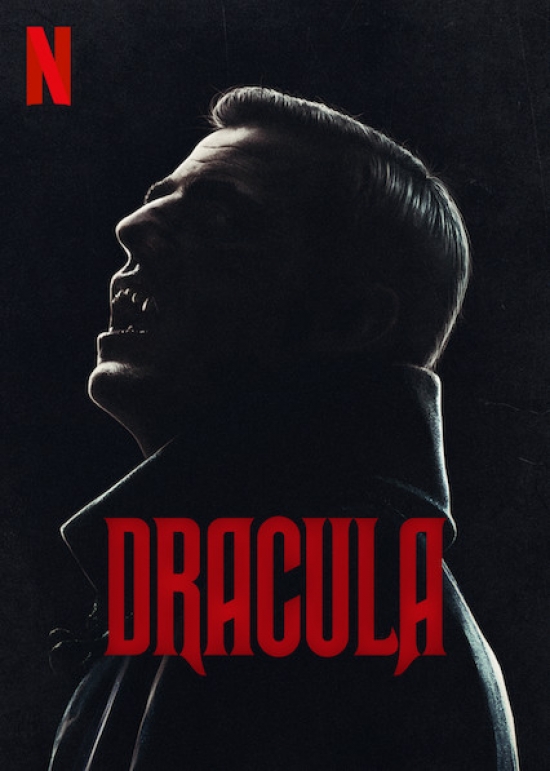 This week we looked to Neflix yet again to provide our weekends entertainment, as the movies that we had tried from our stack of Blu-Rays, did not make the cut. We had heard some good things about the new Dracula on Netflix, and decided to binge watch this mini-series. As this version of Dracula is from the BBC, we hoped for some solid entertainment. What we found extremely interesting is that the reviews that are currently on IMDB run the full gamut stating that it is the best thing since sliced bread, to just one level above whale excrement. However, we always liked this genre of film, it was BBC and some of our friends had spoken very highly about what they had watched to date.

So, we put on Netflix, opened the wine bottle, stoked the fire and started watching the min-series. This adaption is very loosely based on Bram Stoker’s Dracula, and when I say loosely, I mean loosely. Besides the name “Dracula”, there is Van Helsing and Harker. All names from the book, however, after that, this version takes a myriad of twists and turns to give it a new perspective on the tale. Some purists of the genre may not like what they did with it, as besides the names mentioned previously, much of the plot was changed or modified to suit the directors vision.

This mini-series was divided into 3 episodes, each approx. 90 min long. In the first episode, you are introduced to Harker (Heffernan), Sister Agatha (Wells), Mina (Clark) and of course Dracula (Bang). The general outline is that Harker (Heffernan) has arrived at a convent in Bulgaria. He is so banged up and rotting, he reminds me of one of the zombies from the Walking Dead. However, Sister Agatha (Wells) takes him in and questions him on who he is and what has transpired. Harker (Heffernan) tells the tale of a time that he was imprisoned in Count Dracula’s castle. The tale commences when he arrives as a fresh faced lawyer, on the cusp of marrying his one true love. In flashbacks, Harker is shown arriving in Transylvania to aid the Count with some of his legal matters prior to his move to England. The Count takes a shining to him, and “requests” that he stay for a time to tutor him in English to prepare him for his upcoming move to England. The Count (Bang), is portrayed as a wizened, ghastly old man who has trouble moving, but the longer that Harker (Heffernan) stays with him, the younger the Count (Bang) appears and the more wretched Harker (Heffernan) becomes.

Throughout the recounting of the tale, it is clear that Sister Agatha (Wells) is well versed in the lore of Vampires, is fully aware of the symptoms, vampire weakness and strengths. She determines that Harker (Heffernan) is un-dead and has fallen prey to Dracula (Bang) and is completely under his spell. Upon Dracula’s arrival at the convent, she uses her detailed knowledge to battle and humiliate him. Even when defeated, she demonstrates spirit and the will to live, much to the enjoyment of Dracula (Bang).

The 2ndepisode sees Dracula on board the Demeter, a worn out transport ship that will bring Dracula and his cargo to England to establish his home. There is a host of other passengers on the ship, a Duchess, a newly married couple and manservant (who have their own secrets), and an Indian Doctor and his deaf/mute daughter. These passengers are joined by a crew of misfits and ne’er do wells. While underway, members mysteriously die or disappear. Naturally a search is taken to search for either the missing crew/passengers but also for the murderer. This search reveals Sister Agatha (Wells) as a prisoner and also food source for the Count (Bang). In order to win the day, Sister Agatha (Wells) manages to rally the surviving crew and passengers to deceive the Count (Bangs), scuttle the ship and make their escape.

The 3rdand final episode sees the Count (Bang) arrive on the shores of England to be confronted by Zoe Van Helsing (Wells yet again) and group of mercenaries. Van Helsing happens to be a descendant from the family of Sister Agatha.  The Count (Bang) escapes this initial capture, finds a small hamlet, has his feed, and determines that the current era is just amazing. Van Helsing (Wells) manages to re-capture the Count and take him to a lab for further study. This is where it gets quite funny and really strays from the traditional story. It appears that the Count has employed a lawyer and manages to legally escape this artificial prison and re-commence his life of debauchery and death. The rest of the episode sees the Count (Bang) meeting a very unique young lady who he wants for his bride, and doing the voodoo that Dracula does; entrap her under his spell. Not wanting to give out too many spoilers, Van Helsing (Wells) and Dracula (Bang) have their final confrontation where all secrets are revealed, Dracula has personal revelations and all comes to an end for both of them.

Now that the episodes have been summarized, and trying not to give out too many spoilers within it. Let’s look at what was good or bad about each of them. We found that the first episode was extremely entertaining, the metamorphosis of the Count from an old wizened creature to a character somewhat reminiscent of the new Lucifer character on the TV series Lucifer, to be quite interesting. His dry sense of humour, and charisma were a welcome addition to the normal dark tale. Special effects were not overly done and did not distract from the story as it was being told. Harker’s (Heffernan) mental and physical deterioration were well done, and added to the impetus of the episode. The real star of the episode in my opinion was Sister Agatha (Wells), her poise, delivery and dry wit were extremely enjoyable. The chemistry that she had with Dracula (Bang) was undeniable. They played off of each other extremely well, and you had to pay attention to the verbal fencing between the two of them to get the most out of the episode. Over all the episode was extremely well done and we enjoyed it immensely.

The 2ndepisode on the ship, while not as good as the first, did have its share of dry wit and black humour, but the bantering between the main characters did not come out fully till near the end of the episode. The supporting characters of passengers and crew were well done. It was intriguing that in some cases with respect to the passengers, that the Count (Bang) had previously met with the duchess when they were much younger and one of the un-dead had an encounter with the Indian Doctor. Some characters were introduced only to be killed later, primarily as throw away personalities, if you will. One thing that this episode could have used was an earlier explanation on how the two episodes tied together, it was not until near the end when Sister Agatha (Wells) is revealed that the tale comes out. The setting of the ship was dark and dismal, which enhanced the flavour of the episode. The 2ndepisode was not as good as the first one, but still good nonetheless.

The 3rdand final episode, this is where the biggest controversy arises between viewers. They either loved it or hated it, especially the purists of the genre. In present day England, Count Dracula (Bang) must try and adapt and fend for himself. As mentioned previously, his character is very reminiscent of Tom Ellis’s portrayal of Lucifer Morningstar on the show Lucifer (Currently on NETFLIX). A very dry sense of humour, with an almost childlike enthusiasm for the people of today. I enjoyed his portrayal and how he tried to acclimatize himself with his new surroundings and times. This was a completely different take on the Bram Stokers Dracula, and we actually enjoyed it. While it may not have followed the traditional story line, it adapted to the modern day, and was designed for the current love affair for social media that the world has today. I also enjoyed the ending and final confrontation between Van Helsing (Wells) and Dracula (Bang). It was not the standard ending that we have seen countless times in the various incarnations of this tale, but it was something different. That is why we liked it.

Just a quick look at the main characters and the actors who portrayed them;

Claes Bang as Dracula: We enjoyed his interpretation of the character, he flowed from wizened decrepit old man, to a charming debonair Count, who had just a tad too much self confidence and narcissism. However, it worked in this production. His dry sense of humour, one-liners were well delivered and they flowed with the story. I looked at his resume on IMDB, and have not seen anything else that he has played a role in. I hope to see him in other productions in the future as I enjoyed his portrayal of this character.

Dolly Wells as Sister Agatha/Zoe Helsing: To my wife and I she was the true star of the series. She played an intelligent, confident woman (in either character) and had a sense of humour about her characters that made you laugh out loud (at least it did for us). I looked at her resume as well, and have not really seen her in any of the previous credits. However, as with Bang, I hope to see her in future films and television series.

As you may have surmised, we really enjoyed the mini-series and this specific version of the Dracula story. It was different, it possessed a subtle combination of dark humour, dry wit, and interesting characters that were brought to life by the two primary actors (Wells and Bang). Not too heavy on the special effects, just a story. They played well off of each other, and even though there may have been some holes in the plot or not all the threads were tied off at the end, we still enjoyed it. I know this version may not appeal to all, however, if you are looking for something different to watch, that does not follow the traditional horror story mantra, then give this one a try. You never know, you might be entertained just as we were.