Smoke Gets In Your Eyes 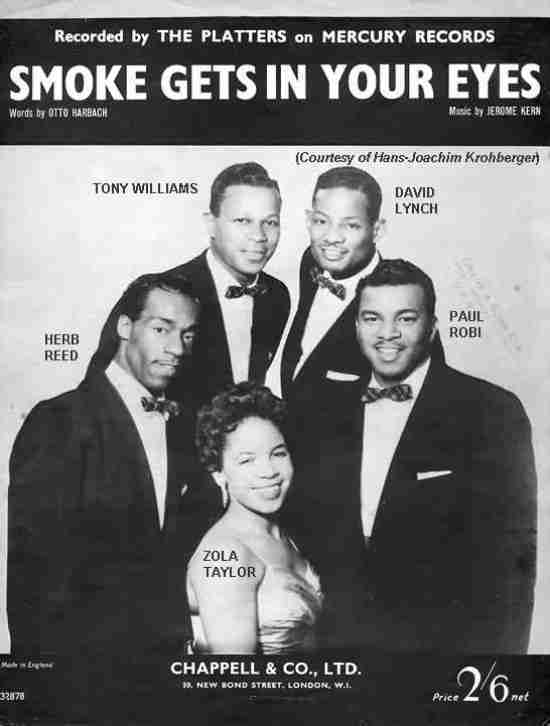 
In an earlier footnote I mentioned that Broadway isn’t really a big player in the modern Pop Culture spectrum, but it is not that I don’t respect it and that I haven’t gone to a significant amount of plays myself, but the fact is there is no significant talk at the water cooler the next morning after the Tony Awards.  Yes I know that actors will tell you all the time that they are really plying their craft when they are at work in a live theatre but they all know that real money falls elsewhere, and why?  Because television and movies have the most eyes, and where eyeballs go, pop culture follows.

However, it can’t be understated that so much of what I consider part of the modern core of pop culture has come from the stage.  This includes not only a lot of actors who really cut their teeth there, but so much of Broadway would be adapted for television and/or films.  Broadway musicals also gave us not only some great singers, but some of the most iconic songs came from there, as was the song which would be the final number one for the Platters originated from, specifically from a 1933 musical called “Roberta”.

Personally, I had never heard of “Roberta”, but a quick search shows that it did very well, and starred Bob Hope, which made me instantly wonder if he used cue cards to help him through it.  Two years later it was adapted into a film featuring the legendary combination of Ginger Rogers and Fred Astaire and it would actually reach television in a 1969 special where Hope reprised his role.

I was however certainly aware of the Platters rendition from 1959 and that it was a standard bearer of the oft recorded song.  “Smoke Gets In Your Eyes” was also covered by Nat King Cole, but it was the Platters that made it theirs, no small task considering Cole appeared to have already done so.  Buck Ram again controlled the arrangements and brought out the best of his lead tenor, Tony Williams and the result was one of the most romantic and beautiful songs of the era.

Ram would claim that one of the original co-writers of the song, Otto Harbach congratulated him and the group for “revising his song with taste”.  Whether that is a true or not, I know the following is accurate:

Elegant 1950’s music just doesn’t get better than the Platters.