To know Him Is To Love Him 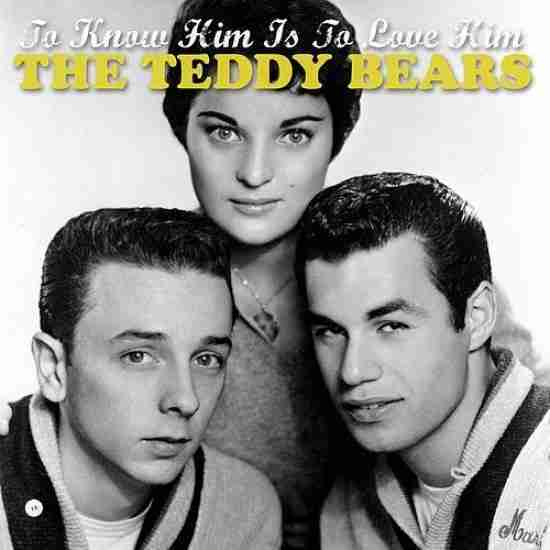 
I knew that Phil Spector would be a major part of this anthology, but I admit that I completely forgot that I would have to talk about him this soon.

For many of us (and I am definitely in that category), Spector is one of those guys who is musically one of the men I respect the most, and how can you not? This is a guy who was not just an amazing producer, he was a legendary songwriter and arranger and though he did not perform that often, he was quite the accomplished musician himself.

This was the man who created the “Wall of Sound”, the most multi-layered production style studio of its time, and it is safe to say that what he did with just that alone was revolutionary, and if you were to argue that he is amongst the top ten most important and influential men in the Rock and Roll era, I would completely agree.

I also wouldn’t disagree if you said he was in the top ten of despicable human beings in Rock and Roll too.[1]

Before the 2003 murder of Lana Clarkson in his mansion (he was found guilty of second degree murder and as of this writing is in a California prison), his former wife, Ronnie Spector, the lead singer of the Ronnettes has told horrible stories of the abuse she went through at his hands. The Ramones talked about how Phil threatened them with a gun at them during recording and Leonard Cohen spoke about Spector pointed a crossbow at him during a session. As easy as you could write a novel about the impact of the Wall of Sound, you could pen a similar one in length on his psychotic antics.[2]

It reminds me a bit of Woody Allen, who while you know has made some brilliant and cerebral films, is also the guy who seduced his stepdaughter, and every single time I watch his films, that is the first thing I think of, which especially since he is in most of them, and often in a starring role, takes me a little longer to forget his heinous deeds. At least with Spector, who was not the featured attraction in the songs, it is a hell of a lot of easier to appropriate disconnection, although with this number one hit by the Teddy Bears, he was a performer on the song.

Spector’s mammoth success behind the scenes makes it easy to forget that like so many successful producers and songwriters, he began as a performer himself. Living in Los Angeles, a teenage Spector was already writing songs and doing everything he possibly could to learn the ins and outs of the music industry and made contacts of a similar age, all hoping to make it in Rock and Roll. With a couple of songs in tow, Spector felt he was ready to record, but if you ever saw Dirk Diggler try to do that in Boogie Nights, you know need money to book the studio or else you can’t release the magic that are on those tapes.[3]

The group he assembled to help pay for the forty dollars needed to record included nineteen-year old, Los Angeles Community College student Marshall Leib, who had already been a few bands. Leib’s classmate Harvey Goldstein kicked in ten bucks provided he could sing bass.[4] A similar deal was struck with sixteen-year old glee singer Annette Keinbard who pitched in ten dollars so that she could be a part of the group. Spector had the group record a song he wrote “Don’t You Worry My Pet”, where he performed all the instruments, and did all of the arranging and producing. He was able to sell it to an upstart record label named Dore Records, and get a small four record deal with more recording sessions in tow.

With his additional recording sessions, Spector had the group record another song, “To Know Him Is To Love Him”, which he wrote as a tribute to his father.[5] It would be the B-Side of “Don’t You Worry My Pet”, and they went about promoting the record to the radio stations but it didn’t gain any traction until a disc jockey in Fargo, North Dakota of all places flipped the side, and from the mid-west down, it became an instant hit.

Musically speaking, the song may be a little derivative, but the hook of “To Know Him Is To Love Him” really caught on. The song may have been about Spector’s father, but with Keinbard’s soothing voice, and the tender arrangements made it seem like a song for a lovelorn teen girl pining over a man. Lyrically, it wasn’t exactly specific to a parent anyway (no doubt, Spector intended that ambiguity) and the result was a huge hit produced, arranged, written and performed by a nineteen-year old.

That would be all for the Teddy Bears, who would not be able duplicate their success and the follow-ups failed to chart leading the group disbanding. As you know, Spector had a lot more success coming to him, though never again as a performer, but it was not as though the other three Teddy Bears faded away into irrelevance. Sandy Taylor would find a lot of work as a session drummer and Leib, while not nearly as successful as Phil Spector, would carve out a decent career as a music producer in his own right. As for Annette Kleinbard, she would change her name to Carol Connors and focus on songwriting and later composing, most notably helping to score two of the Rocky films.

As for one of the original, albeit for a moment, Teddy Bear, Harvey Goldstein, he went into a career as an accountant, which may or may not mark the first time that someone of Jewish extraction entered that vocation.
[1] I wouldn’t disagree if you said #1.
[2] And a sizable coffee table book on his wigs.
[3] Is it really that inconceivable that with the right promotion and an appearance on Solid Gold, that Diggler’s version of “The Touch” couldn’t have cracked the top 40 in the early 1980’s?
[4] Goldstein would leave the group shortly after and would be replaced with drummer Sandy Nelson.
[5] “To Know Him Is To Love Him” was written on his dad’s gravestone.
Tagged under
Tweet