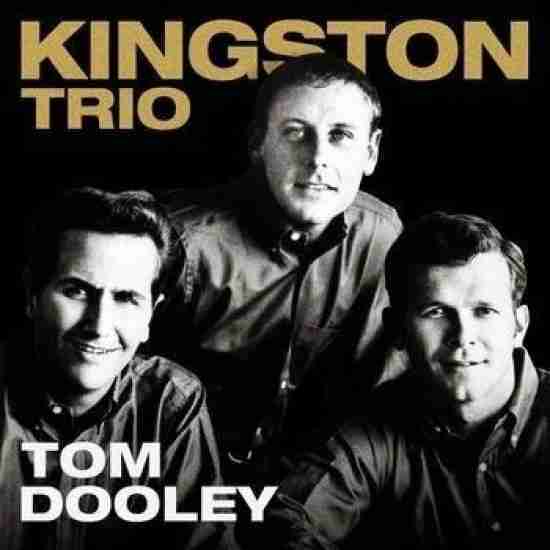 Folk Music gives us some of the most thought provoking and cerebral music in recent memory, and though it was not a sexy style of music, it has sold a lot of records and packed many an auditorium. The first group to prove there was gold in the folk hills were the Kingston Trio.

While “Tom Dooley” was the Kingston Trio’s only Hot 100 number one hit, they would have multiple albums crack the top of the charts. For a band that would have a lot of commercial success, and furthermore spawn the Folk revival, the boys from Palo Alto, California really don’t seem to spawn a lot of respect today, which the more you take a look at their career and the acts who considered them influential, it is initially baffling, but I am going to take a crack at explaining it.

The group made a very sizable splash in San Francisco in 1957, where once the group honed their skills (and literally decided what instrument to play), they would pack the house at a club called the Purple Onion, which was then a major hot spot in Bay Area. This got them attention from the big record labels and would be signed by Voyle Gilmore, a producer with Capitol Records.

It wasn’t exactly automatic commercial success, as Capitol saw the Kingston Trio as a potential moneymaker, but they needed to be polished first, and the powers that be worked on their harmonies, stage presence and overall entertainment value and the now polished Kingston Trio released their first album in February of 1958, which contained “Tom Dooley”, an older folk song that was originally recorded in 1929, but was allegedly written well before that. That is easy to believe as the song is based on Tom Dula, who was hung in 1868 for apparently killing his fiancé two years before.

I use the word “apparently”, as Dula, the former Confederate soldier claimed up until his execution that he was innocent, and the song and the story presents the story of a love triangle, as Dula had an affair with his fiancée’s cousin, and it was his own testimony that protected her, leading many to believe that he covered for her; especially when he stated that the didn’t kill her but deserved to die anyway.[1]

Despite the tragic tale of the song, the sweet harmonies and calm storytelling allowed the song took off and so did the group and for the next five years as the Kingston Trio were unquestionably the most successful Folk act over that time frame. You would think that would make that would make them heroes within the Folk community. It was actually the exact opposite.

Folk Music was supposed to be the voice of the counter culture, and if it was successful, fine, but that was never the ultimate goal. With the Kingston Trio’s slick production, and songs that were not remotely as politicized as the rest of the Folk scene, they were commonly criticized and many Folk artists did not really consider the Kingston Trio as art of their own. Sure a lot of people at the time would say they liked Folk Music, but many of them couldn’t name any representatives of the genre other than the Kingston Trio. It was similar how when a lot of people say they like Reggae but only know Bob Marley.

Still, there were a lot of young people who were introduced to Folk music because of the Kingston Trio, and at the end of the day this was a very talented group of musicians who will probably never get the respect of those they helped inspire.

Something else stuck out when I took another look at Kingston Trio, as this was the first group artist to go number one (in the rock era) that came from California, or even the West Coast for the matter. A country as diverse and as unique as the United States will shows us a multitude of musical hotbeds, all with their own special style. While the Kingston Trio may not be the first band you think of when California music comes up, there is something laid back and sweet about their music that does have a San Francisco feel to it, a city we are going to talk a lot more about it.

None.
[1] This would have been perfect fodder for round the clock coverage on CNN and Fox News…both with a differing point of view of course!
Tagged under
Tweet