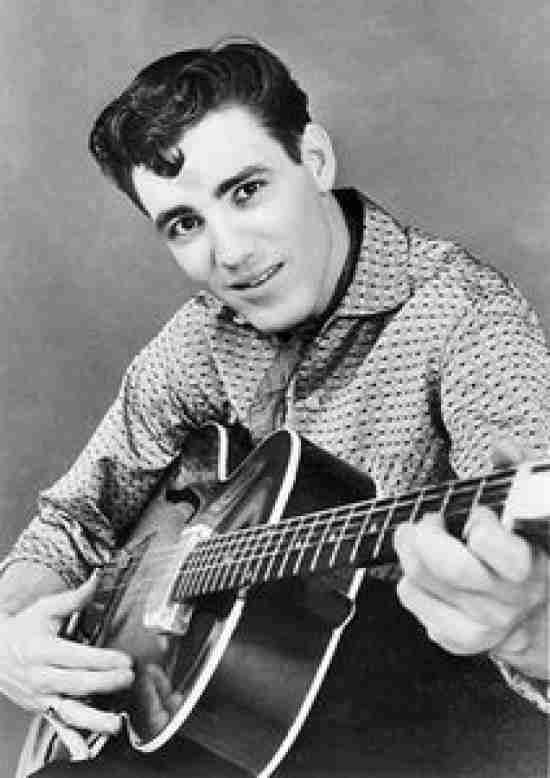 
It is an often told tale in music where your first hit is your most successful. So much has changed in the music industry, but the aforementioned statement hasn’t changed at all, and I don’t see any reason to think that in sixty years it will be any different. This was the case for Jimmie Rodgers, whose first hit out of the gate was “Honeycomb”, which went to the top on both the Pop and R&B Chart.

Like so many others from the 1950’s, he was discovered from being a contestant on the Arthur Godfrey Talent Show. I know I have referenced this program before, but putting it in a modern context, just imagine American Idol, which is the best modern equivalent that I can think of.

Signed up by the upstart label Roulette Records, Rodgers recorded Honeycomb, a song written by Bob Merrill who wrote quite a few hits in the late 1940’s and early 50’s, though they were predominantly of the novelty variety. These hits included Patti Page’s biggest hit “How Much is That Doggie in the Window”, Rosemary Clooney’s “Mambo Italiano” and what was a hit in 1950.[1] “If I Knew You Were Comin, I’d’ve Baked A Cake”, which personally I thought only existed because of a M*A*S*H episode when it was by two Japanese women when Lt. Col. Henry Blake was briefly stationed in Tokyo.[2]

“Honeycomb” did not have the same cheese factor (Thank God!) but we aren’t talking about anything deep here either. Rodgers, had a folksy-pop voice and was just such a likable guy that you wanted to root for him to be successful. It didn’t hurt that he was a Korean war vet (very American), wasn’t threatening and had a smooth delivery that had crossover appeal.

While this was Rodgers’ biggest hit, and only number one, he would still have quite a bit left in the tank, scoring a number three with “Kisses Sweeter Than Wine” (my personal favorite Rodgers song) and a few other top ten hits, and like so many singers of this era had a cup of coffee as a variety show host. Also, like so many 50’s stars, he watched his star fade away in the 60’s, but in 1967 he faced what might be the most bizarre scenario that ever befell a former hit maker.

Rodgers was enjoying a bit of a comeback, as he had his first top forty (and last) hit with “It’s Over” but on December 1 of that year, his life was changed forever.

The details aren’t exactly clear, but on that night he pulled over his car from a Christmas party and was savagely beaten from a blunt object that resulted in multiple surgeries and a metal plate in his head. The assailant in question, was an off-duty police officer who claimed to pull him over for erratic driving and that Rodgers would stumble and hit his head rendering him unconscious and that he and two of his fellow officers that he called in to assist put him back in his car and drove away.[3]

Rodgers would later sue the city of Los Angeles (they would settle out of court) but it would be alleged by the singer that Morris Levy, the owner of Roulette Records who was known to have mafia connections, orchestrated the attack.[4] Rodgers had left the label in 1959 acrimoniously over what he felt was unpaid royalties. Levy himself was famous for tightening the purse strings on his artists and would become as one of the most powerful and corrupt figures in the music industry.

By the 80’s Levy was the last of a dying breed and like the end of Casino where the corporations took over Las Vegas, they took over that business too, and in a case of just desserts, Levy would die in jail as a conspirator to the mob.

Perhaps the most interesting thing in my eyes is how did Jimmie Rodgers and his 1967 event and all that led up to it never become a feature film, as this dark side of the pop culture landscape would have made an interesting addition to pop culture itself.

None.
[1] A song about a dog in the window? Here is another reason I didn’t start this anthology in 1950, as I just didn’t have it in me to write about songs like that. There are enough bad ones I have to do anyway.
[2] That song (not the M*A*S*H version) went number one in the Best Sellers in Stores Chart in 1950 by Eileen Barton. Random thought: I think I have a M*A*S*H book in me somewhere, though when I watch reruns I become more and more disgusted with the condescending way that Hawkeye treated Radar.
[3] Let’s say that version is completely true. Not exactly LAPD at their finest is it?
[4] It wasn’t just any mafia connection. It was the infamous Genovese Family.
Tagged under
Tweet