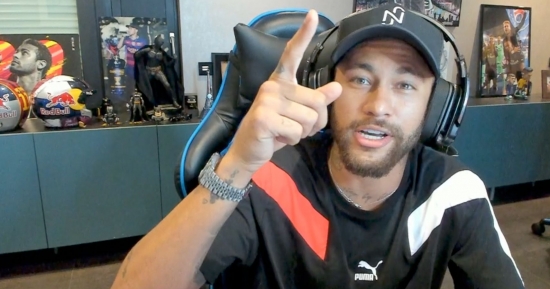 You may be wondering what a professional footballer does with their free time, when they spend the majority of their days on the pitch or at the training ground. Well, it turns out, many of them are just like the rest of us, enjoying their downtime by playing games. Be it video games, PC or even casino games, here’s our list of 5 pro footballers who absolutely love gaming.

Kicking off the list (no pun intended) is Jesse Lingard. The England and West Ham midfielder is an avid video gamer who spends a major portion of his free time playing console games like FIFA and Call of Duty. In an interview at his parent club, Manchester United, Lingard reported that he only got into gaming after a disappointing cup final defeat in 2018. He also revealed that he isn’t the only Red Devil to enjoy online gaming, as Marcus Rashford, Dan James and Paul Pogba regularly join him to play Call of Duty: Warzone.

PSG superstar Neymar is one of the biggest gamers in world football, playing on both consoles and PC. In fact, he even has custom computers built for him. The left-winger has a whole host of games in his repertoire, including Pro Evolution Soccer, GTA and Fortnite. Recently, he actually became a playable character in the viral battle royale game! This collaboration comes as little surprise, as Neymar has always been a huge fan of the game, even playing on live streams with professional gamers like Ninja.

Yes, that’s right, one of the greatest footballers of all time is a huge fan of games. Not the type you of games you might be thinking of, however. While others may spend their time on a PC or console, Cristiano Ronaldo is much more comfortable at the poker table. While he generally keeps his love of casino games private, the Juventus forward is known for promoting events and tournaments for popular poker companies. If you want to give similar casino games a try, check out online casino Canada for a variety of exciting options.

Another player with a knack for video games is FC Barcelona forward Antoine Griezmann. The French international is an enthusiastic console gamer, and has even become a part of Team Xbox. As part of the collaboration, Griezmann was given a personalized Xbox Series X, which he used to play games like FIFA and Fortnite.

Another player who loves to try his hand at the poker table is Spanish defender Gerard Piqué. In fact, he’s actually very skilled at the game. He is said to be as adept as some professionals, often taking part in high-level events like the World Series of Poker. He truly demonstrated his prowess by winning over £300,000 (over $400,000) at the European Poker Tour in Barcelona – a high-stakes game with a considerable £22k buy-in.

So, there you have it. Professionals on the field, but definitely amateurs on a console, these five footballers are living proof that gaming is for anyone and everyone.