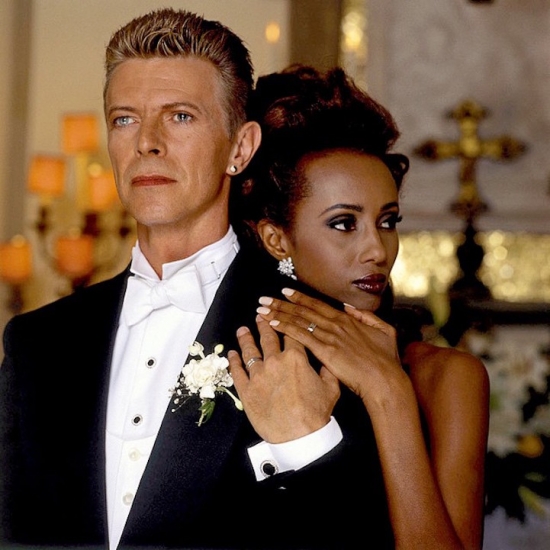 Rock' n' roll musicians are known for their hard-living and their desire to love women. Many of the most famous songs ever written were about being in love with a certain kind of gal. That being said, these musicians and their muses come in all shapes and sizes, and the songs reflect the subjects' unique qualities. Here is what you need to know about some of the famous music couples out there.

How passionate relationships with women inspire musicians to create songs

Think about some of the most famous rock songs out there. Songs like I Believe in a Thing Called Love, Nothing Else Matters, Is This Love, Angel, and many others were not just spontaneously thought of by the singers. They had to have some kind of inspiration that convinced them to write about this thoughtful, vulnerable topic. The right kind of relationship will make a man think about the circumstances that he's in and how he responded. Sometimes, the relationships have ended well, and other times they didn't. That's reflected in the individual songs, but it's clear that the right woman can make a man sing about their love in all the best ways. Their inspiration will make them compose thoughtful lyrics and take a break from the heavy, partying subject matter to show a little bit of their soft side. A perfect example of this is when Metallica released Nothing Else Matters, a song that contrasts so sharply with their thrash metal image that it made people do a double-take of the band's talent!

The "fatale women" of the real "bad guys":

When you start looking at why the rocking singers began to change their ways or sing about love, it's important to examine the women who stand behind them. We're going to look at the Femme Fatales behind these tough guys to show you how the right woman can help a rocker come to grips with their feelings of love.

Ozzy and Sharon appeared to make no sense from the outside of the relationship. He was a rocker who could have had just about any lady he wanted, but he went with Sharon and stayed with her for decades. While it's true that they have had their ups and downs, she has become a prominent part of his life, even managing many of his efforts to this day. Although she was overweight, he still loved every part of her as she learned how to manage her health. She's been a force to be reckoned with in the world of business, and that didn't help her as she struggled with weight. Now that she has a new appreciation for her health and lifestyle, she has a healthy figure. BBW looking for men have the perception that men are afraid of dating curvy girls in real life. But Ozzy proved that not all men are subject to such prejudices.

Bon Jovi is a very attractive and successful singer. He got together with Dorothea Hurley in 1989, and they never looked back. They're the same age and from the same state, but they are worlds apart in terms of work. Still, her lifestyle and elegance have inspired many songs from Bon Jovi!

Some rockers love to be with someone that has the same high energy as them. That appears to be the case with David Bowie and Iman. She's a model, actress, and entrepreneur. She was a partner with David Bowie for decades!

Bono and Ali Hewson go together so well because they're so dedicated to causes around the world. Both are activists, and she is listed as the inspiration on many songs, including "Sweetest Thing."

Although nobody is surprised that Keith Richards married a model, everyone is stunned by their longevity. Although they have a small age disparity, they are a very successful and loving couple.

Famous men find women of all types to be with. Without the constraints of normal living, most of them find that they have the chance to be with someone that fulfills the needs of their soul instead of finding someone to date based on their lifestyle alone. That is why you'll see rockers with dates of different ages, sizes, and backgrounds. Also, it's why we're blessed with so much beautiful music about these loving ladies.

Rock 'n' Roll legends write songs about women all the time. Most people don't realize that these guys tend to stick with these ladies long after the song's release. Look at the list of people we've mentioned here, and you can see that the crazy rocker lifestyle isn't enough to pull a man away from the love of a great woman!