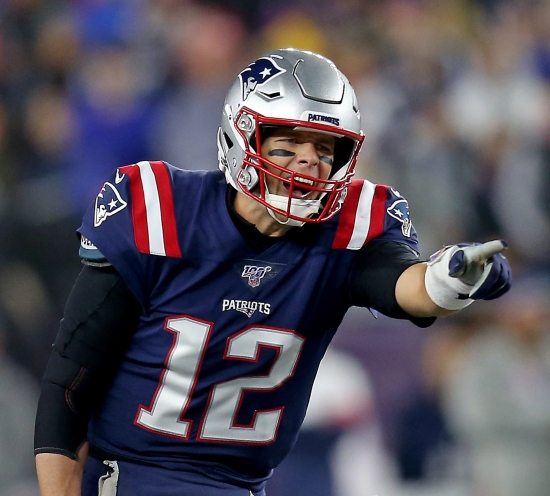 The Patriots have enjoyed Tom Brady for 19 seasons and 5 Super Bowl championships. They’ve won their league 11 times in a row and have gained a reputation as being nearly invincible.

But, 2019 was a change of pace, for the first time the Patriots do longer seemed invincible and they barely came close to the Super Bowl title.

Tom Brady made the move to the Tampa Bay Buccaneersand will surely hope to make the Super Bowl this season.

But, where does that leave the Patriots, should you be checking out free pokiesand put your money on Tampa Bay, or on the Patriots again?

Here’s why it could be worth bucking the trend and putting your money on the Patriots again.

For the first time in a long time, the Patriots are not the favorites for a division win. The 2021 season sees them as co-favorites. The Buffalo Bills are in with equally as good a shot.

That simply means the Patriots have everything to prove, that’s a great incentive for upping the game and confirming that they’re a great team, even without Brady.

As an added bonus the final three games of the season will be against the main foes in their division, that’s going to give them a great opportunity to either seal the deal or create a last-minute surprise. With the right attitude, this should be more than possible.

Brady is an icon and a legend. But, he’s also in his forties and nearing the end of his playing days. The Patriots knew they only had him for a limited number of years and his leaving could turn out to be perfect timing.

Cam Newton is currently on a one-year signing with the Patriots. He hasn’t played since 2018 due to a shoulder injury but, keeping COVID-19 aside, he has the potential to lift the Patriot’s game.

He’s known as one of the best running quarterbacks in the game. It will change the way the Patriots play, they’ll need to adopt a ground-and-pound approach. But, that change in style and tactics could be just what the team needs. In short, it will place opponents, still accustomed to Brady’s style, on the wrong foot. The Patriots will have an advantage.

Of course, if Newton doesn’t live up to expectations it’s likely Jarrett Stidham will step up, he has the potential to be the new Tom Brady.

One element that is easily overlooked is the rest of the team. Brady is amazing but he can’t win any Super Bowl without a solid team. The Patriots offensive and defensive elements work well together. That isn’t going to change with Brady’s departure.

Of course, it’s taken a shaky off-season for them to find their new groove. However, it is extremely likely that we’re going to see a lot more action centered in the defensive line, propelling their game forward. It’s generally considered as the base of the team and will be essential to driving the Patriots to yet another Super Bowl.