Top Films Based on Video Games 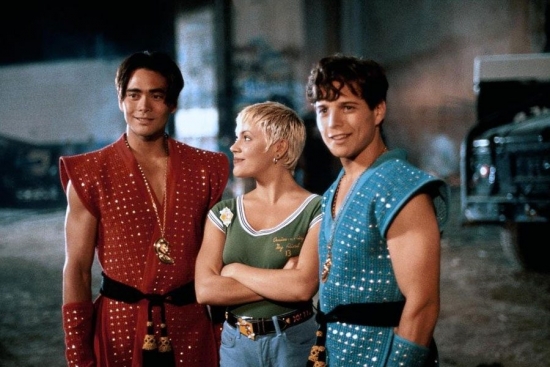 Top Films Based on Video Games

The film industry has undergone many transformations over the past few decades. Video game films started gaining popularity in 1993 after Hollywood produced a film that was based on Super Mario Bros. Video game sales reached US$30.4 billion in 2016, according to the Entertainment Software Association. Hollywood has been trying to adapt renowned video games into movies to increase its sales. The following are the eight top films based on video games.

Double Dragon is a unique video game adaptation whose budget resembled that of a blockbuster. The film is entertaining and fun to watch. You will feel the crew and cast as they make their contribution in the movie.

Gamers who like playing arcade games enjoy watching Mortal Kombat. It has the sensibility of Mortal Kombat games. Christopher Lambert and other actors make the film interesting to watch. It entails heavy-metal battles.

Some movie enthusiasts claim that Computer Chess isn't a video game film. It is more entertaining than many triple-A video games. The film is suitable for chess lovers. It entails computers that are playing chess with one another. The chess programming competition in Computer Chess resembles the Super Showball gameplay found in many online casinos. Those who take part in the tournament go to a hotel and gradually increase their experience in chess. Computer Chess is intelligent and touching.

Doom was one of The Rock's first films to act before he became an action star. The film has a great visual aesthetic and has a first-person shooter sequence at the end. Characters in Doom are one-dimensional and it has a ridiculous plot.

Christophe Gans directed Silent Hill. It features Radha Mitchell, Alice Krige, Laurie Holden, and Sean Bean. The film is atmospheric and scary. It is suitable to watch at night. Besides Silent Hill, Christophe also directed the Brotherhood Of The Wolf.

The Resident Evil series has made millions of sales since the early 2000s. Resident Evil:Retribution features Milla Jovovich with a tight leather outfit. She punches, shoots and kicks as she passes through undead humanity. Retribution is more exciting than Afterlife and Extinction.

Roar Uthaug directed Tomb Raider while Alastair Siddons and Geneva Robertson-Dworet developed its screenplay. Warner Bros. Studios shot the film in Cape Town, South Africa, and Hertfordshire, England in 2017. The movie is based on the Tomb Raider video game. Alicia Vikander acts as Lara Croft and goes on a risky journey to the last-known destination of her father. Many movie fans praised Tomb Raider for its action sequences, grittiness, and tone.