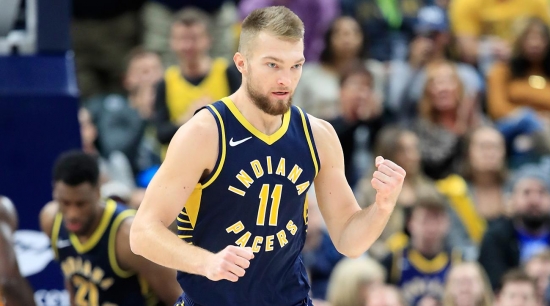 When Indiana knew they were going to have trade Paul George, they landed Victor Oladipo, who lived up to his potential, and Domantis Sabonis, a Center who had played only one year at OKC.

In the two seasons that he has played for Indiana, he has been used off of the bench, but he has hit double digits in Points per Game (12.9), and last year, he was 17th in Rebounds per Game and 8th in Rebound Percentage.  Those are incredible numbers for a player who has not averaged 25 Minutes per Game!  He also had a PER of 19.8 in those two seasons.

With that type of production, Sabonis and his skills became the starting Power Forward and would become an All-Star with an 18.5 PPG and RPG of 12.4.  The Pacers had an undiscovered gem, though the NBA was now aware of what the son of Arvydas could do.  Last year, Sabonis kept his Rebounds per Game at 12, while increasing his PPG to 20.3 with his Assists going up to 6.7 per Game.

Entering his fifth year in Indiana, Sabonis could go down as one of the best five players in franchise history if he stays in the Hoosier State.