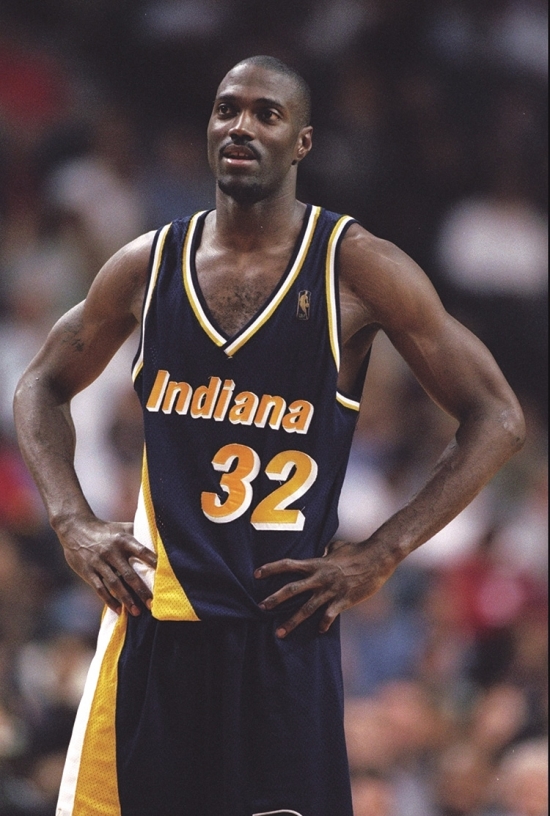 Dale Davis would play the first decade of his career with the Indiana Pacers, and the product of Clemson would win the starting Power Forward job for the team in his second season.  That year, he would have a career-high of 1.8 Blocks per Game, but the Pacers' workhorse would have his best year ever in the following season.

That year (1993-94), Davis averaged a double-double with 11.7 Points and 10.9 Rebounds per Game, both of which were franchise highs.  David may have never had a double-digit season in boards again, but he did average 10 Points per Game in the next three seasons, and in his last year as a Pacer (1999-2000), he returned to the 10.0 plateau and was named an All-Star.  After that year, he would be traded to the Portland Trail Blazers, and as a Pacer, he averaged 9.3 Point and 9.0 Rebound per Game career.

As of this writing, Davis is the all-time franchise in Rebounds.