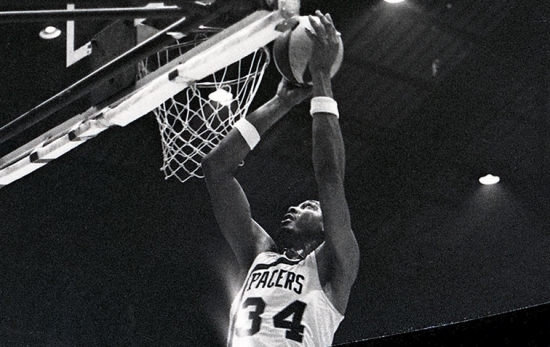 Daniels would cement himself as the best Center in the ABA over the next few seasons, winning the MVP Award in 1969 and 1971 and having three straight years as a First Team All-ABA Selection.  He was the anchor of an elite Pacers team that would win the ABA Championship in 1970, 1972 & 1973.  In terms of his individual stats, Daniels was the Rebounding Champion twice averaging an even 16.0 as a Pacer.  He was also scoring well with a 19.4 PPG and boasted a PER of 20.1.  His days with Indiana ended when he was traded to the Memphis Sounds after the 1973/74 Season, but he ensured that three banners would forever be hung in Indianapolis.

Daniels would be inducted into the Naismith Basketball Hall of Fame in 2012.