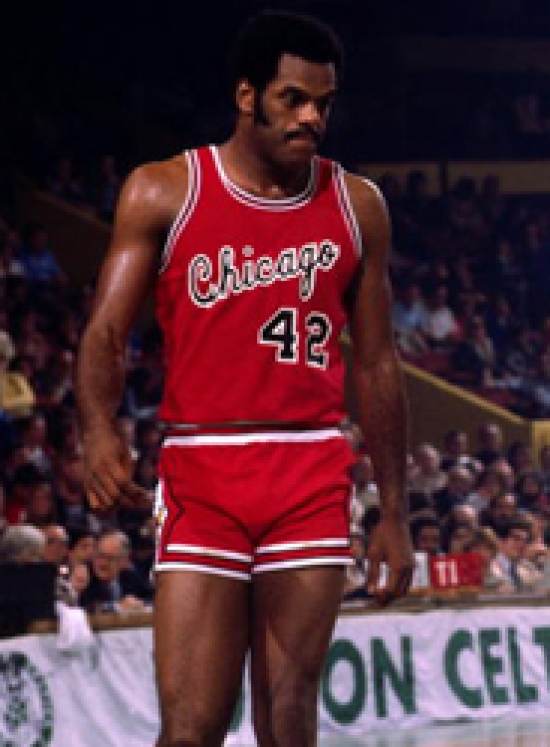 Scott May had about as good a year as you could in 1975-76 when he was a senior at Indiana.  Playing at Small Forward for the Bobby Knight coached team, May took the Hoosiers to an undefeated season, an NCAA Championship, and was the consensus MVP.  The nearby Chicago Bulls took May with the Second Overall Pick that year.

As a professional, May did not come close to accomplishing what he did at the college level, but May had his moments in Chicago.  An All-Rookie in 1977, May averaged 14.6 Points and 6.1 Rebounds per Game, which would turn out to be career-highs.  As an NBA sophomore, May's numbers were similar (13.4 Points and 6.0 Rebounds), but his career began to derail from injuries the year after.  May was no longer a starter, and the Bulls held on to him for two more years before he was waived in 1981.  He would play two more years in the NBA before finishing his career in the Italian League.