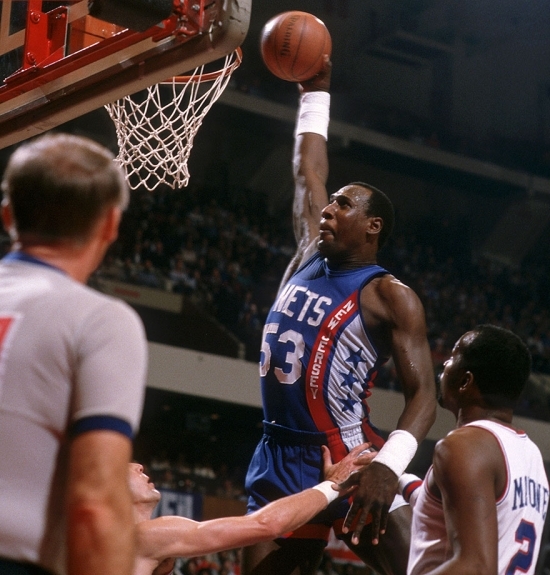 If this list was about popularity and excitement than “Chocolate Thunder” would have been at the top.  Prior to his arrival to the Nets, Dawkins made a name for himself with his glass shattering dunks and people legitimately paid for tickets with the hope of seeing the big man cause a mess around the paint.

He was brought in on a trade from the Sixers to dominate the rim and that is what he did for his first two years there assisting the Nets in improving their win totals and reaching the playoffs.  In the 1983/84 season he had a career high 16.8 Points per Game and finished 14th in Blocks per Game.  A severe injury limited him the year after but he rebounded the year after leading the NBA in True Shooting Percentage and a 15.3 PPG.  Injuries piled up again and he only played six games after and was shipped off to the Utah Jazz shortly after.