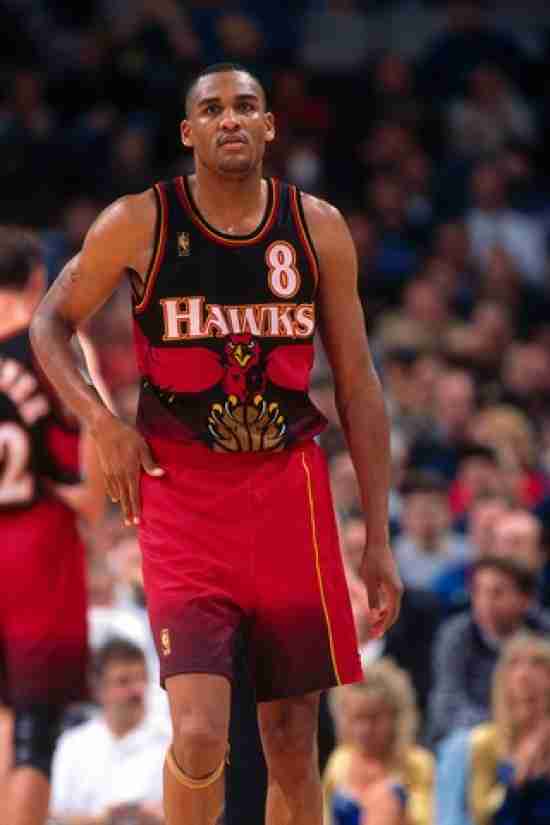 An All Star in 1998, Steve Smith was highly regarded for his excellent shooting skill, especially from behind the arc.  Smith would post two consecutive seasons with Atlanta where he averaged 20.1 Points per Game.  For a large part of his Atlanta tenure, Smith was regarded as the primary option for the team, and while he could not lead Atlanta deep into the playoffs, he always brought them there.


He would however win a Championship later in his career with the San Antonio Spurs in 2003.