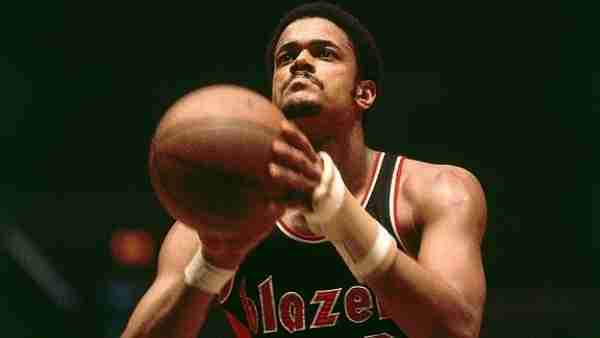 
After sweeping the Lakers in the conference finals they faced heavy favorites the Philadelphia 76ers. With the 76ers up one game to none and leading comfortably in the second game in Philly, Lucas asserted his 'enforcer' role which he would become known for throughout his career.  When Darryl Dawkins took a swing at Lucas's teammate Lionel Hollins during a scramble for the ball Lucas stepped in with an elbow to Dawkins head.  Dawkins was a monster of a man and the two squared off at half court in one of the most memorable showdowns in league history.  Both stars were ejected but this inspired the Blazers who took the last four games of the series en route to their first and only NBA Title.  The next year the Blazers behind Lucas and Walton had the best record in the league and were on their way to becoming a dynasty until Walton became injured, and Portland was never same again.  Lucas stayed in the Pacific Northwest until 1980 and then bounced around the league with mixed success until 1988.  Lucas retired with 14,857 points and 9306 rebounds which places him in the top 50 rebounders of all time.  He also made 5 All-Star game appearances.  His legacy will be that of one of the great enforcers in league history but he was also a great scorer who led the Blazers in scoring throughout their heyday and most importantly was a winner.