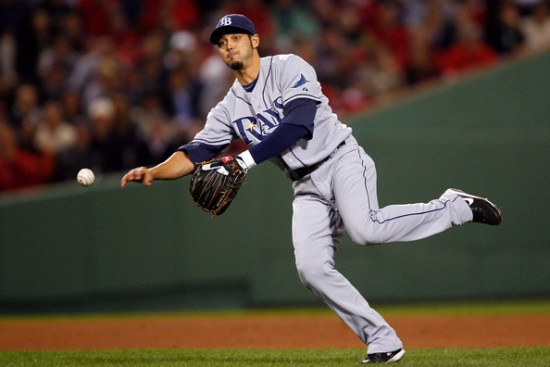 The best three seasons of Jason Bartlett’s career were with the Tampa Bay Rays (2008-2010), the second of what would be three Major League teams that he would play for.

Bartlett played one more year with Tampa before he was traded to the San Diego Padres.  As a Ray, Bartlett would collect 409 Hits with a .289 Batting Average.