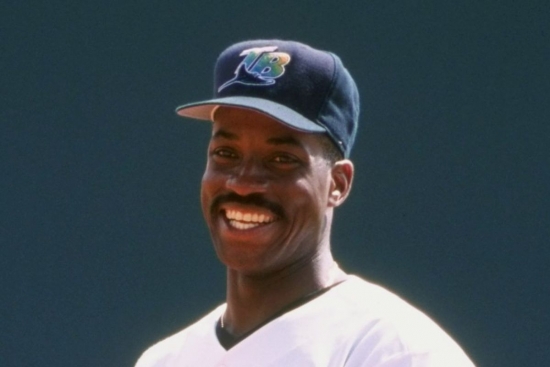 After having been named an All-Star four times in his career, Fred McGriff was left available in the 1998 Expansion Draft, and the Tampa Bay Rays were able to have the hometown star as an inaugural Ray.

The First Baseman brought star power, and for that matter, power, to the expansion team.  McGriff had 19 Home Runs in 1998, and he would increase that to 32 with 104 Runs Batted In in 1999.  He would also bat .310 with a Slugging Percentage of .552.  In his third year with the Rays, McGriff's power game remained strong with 27 dingers and 106 RBIs and would be his fifth (and final) All-Star Game appearance.  The Rays would trade him to the Chicago Cubs before the trading deadline, but he still had another 19 Home Runs before the deal.