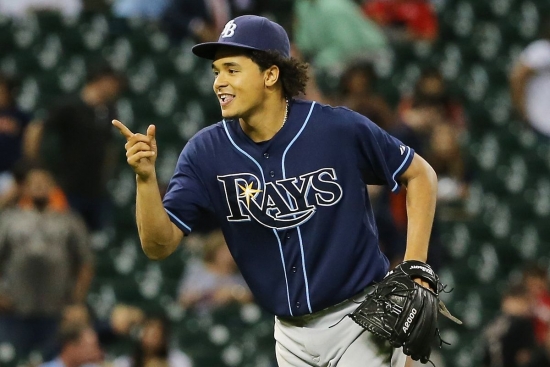 A bona fide flamethrower during his time with Tampa, Chris Archer debuted with Tampa in 2012, a year after he was in the minors and traded from the New York Mets.  Archer would begin an inconsistent career as he was often brilliant and often shellacked.

Finishing third in American League Rookie of the Year voting in 2013, Archer would become an All-Star in 2015, leading the AL in Games Started (34).  That year, he recorded 252 Strikeouts, a career-high, and followed that with years of 233 and 249 Ks.  In those seasons, he finished second, second, and third respectively in that statistic.  Archer was an All-Star again in 2017.  He would be dealt to the Pittsburgh Pirates during the 2018 season.