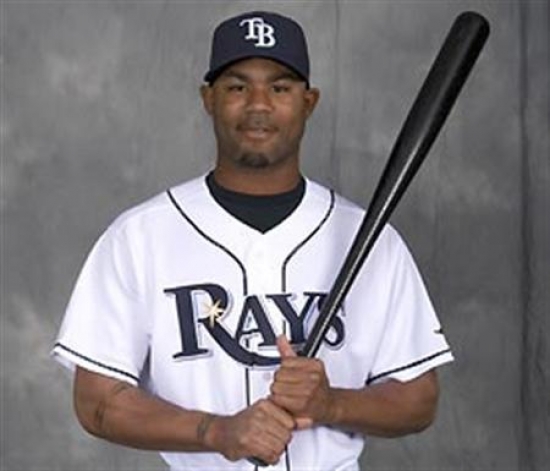 Carl Crawford was a second round pick in 1999 and would debut for Tampa in 2002 playing 64 Games.  The following season would be his coming out party as he would collect 177 Hits and had an American League leading 55 Stolen Bases.  The Leftfielder would remain one of the better hitters and better base stealers over the next few seasons.  From 2004 to 2010, he would have at least 180 Hits, with the exception of 2008, where he was reduced to 109 Games due to injury.  Crawford would have four seasons where he led in Triples and had another three Stolen Base top finishes in addition to his 2003 season mentioned above.

Crawford would go to four All-Star games with Tampa, and in 2010, he was named both a Silver Slugger and Gold Glove winner.   That season he was seventh in MVP voting.

Crawford would sign with the Boston Red Sox as a Free Agent for the 2011 Season, but he was unable to maintain his offensive production, and the city of Boston turned on him quickly.  Injuries and depression took their toll, and he was never the same player again.

While Carl Crawford will never make a top 50 rank for Boston, or the Los Angeles Dodgers (where he played his final four seasons) but this high rank with the Rays is well earned.  As of this writing, he is the all-time franchise leader in Hits (1,480), Triples (105) and Stolen Bases (409).