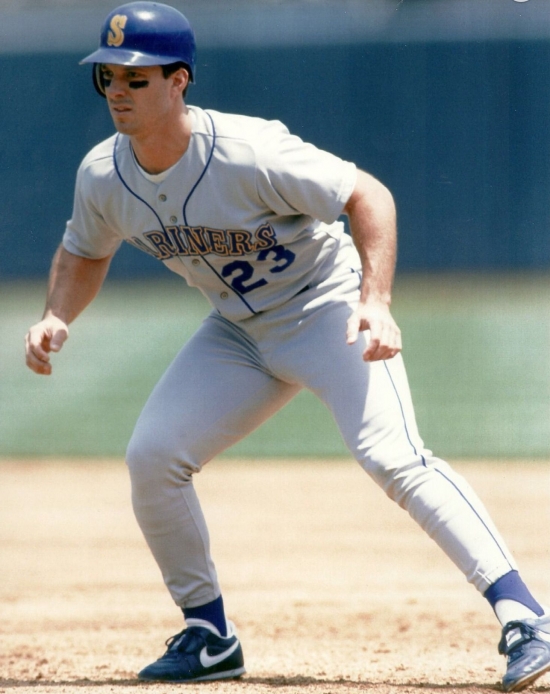 Tino Martinez was an excellent college baseball player at the University of Tampa and a Gold Medalist at the Seoul Olympics.  Martinez was a first round pick (14th Overall) in 1988, and he would debut with Seattle in 1990.

Martinez would not play much for the big club in his first two years but would win the starting First Base job in 1992.  He showed decent power with three straight 16 plus Home Run seasons, and in 1995, he had a breakthrough campaign.  Martinez belted 31 Home Runs with 111 Runs Batted In.  He would bat .293 and would be invited to participate in the All-Star Game.

The Mariners would trade him to the New York Yankees, where he would go on to win four World Series rings.  With Seattle, Martinez had 88 Home Runs with 502 Hits.