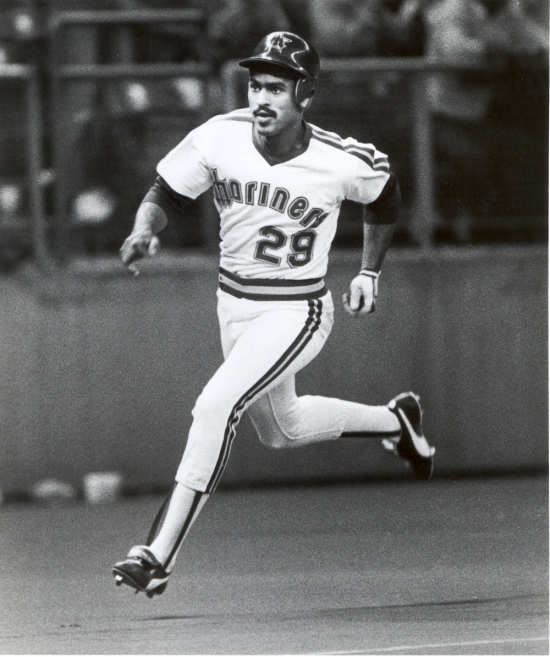 Phil Bradley played the first five years of his Major League career with the Seattle Mariners, and it was in the Pacific Northwest where he posted his best numbers.

Debuting in 1983 with the Mariners after being drafted in the third round two years earlier, Bradley would have his best baseball season in 1985.  That year, the Leftfielder was chosen for the All-Star Game, finished 16th in MVP voting, and batted .300 (seventh overall) with career-highs in Hits (192), Home Runs (26) and Runs Batted In (88).

1986 saw less power (12 Home Runs), but he batted .310 (eighth overall) with an OBP of .405, which also placed him in the top ten.  Bradley had one more season with the Mariners, where he batted .297 with 14 Home Runs.  He was traded to the Philadelphia Phillies the year after.