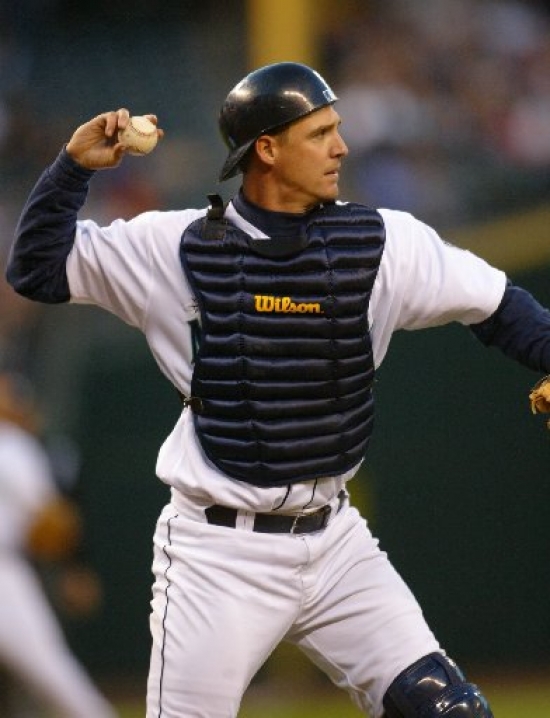 Dan Wilson would play all but 48 of his Games with the Seattle Mariners, and he is regarded as one of the best defensive Catchers in Mariners history.

Wilson came over in a trade from Cincinnati and would immediately become the regular starting Catcher.  While he was a light hitter at the plate and only had an On Base Percentage of .309, he was a favorite of most of the Mariners' Pitchers.  He would twice lead the AL in Runners Caught Stealing and would also be second among his AL peers in Range Factor per Game and also in Fielding Percentage.