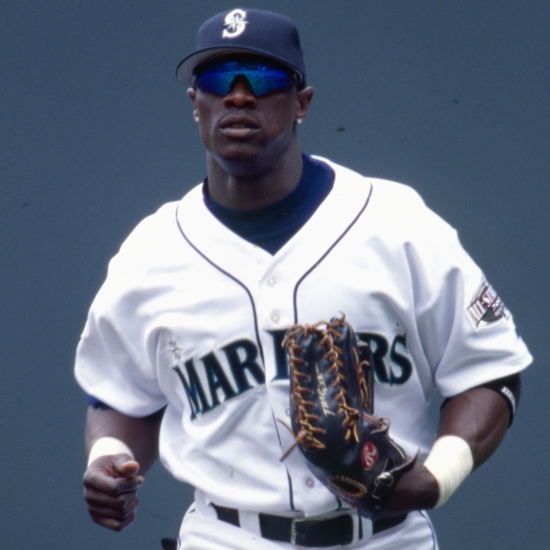 Mike Cameron was the best player of the four that the Cincinnati Reds dealt to Seattle and the Ken Griffey Jr. trade.  Cameron could not replace Griffey, but he was a good player who would provide the Mariners with many positive moments.

The Outfielder would play in Seattle for four seasons and would have at least 130 Hits in each of them.  Cameron had two 25 Home Run seasons, with one of those (2001) seeing him get 110 RBIs and an All-Star appearance.  Cameron also provided solid defense, with two Gold Gloves appearing on the Centerfielder's mantle.  Cameron was, however, Strikeout prone, and he had more whiffs (601) than Hits (554) over his Seattle run.  He would have 87 Home Runs with Seattle.