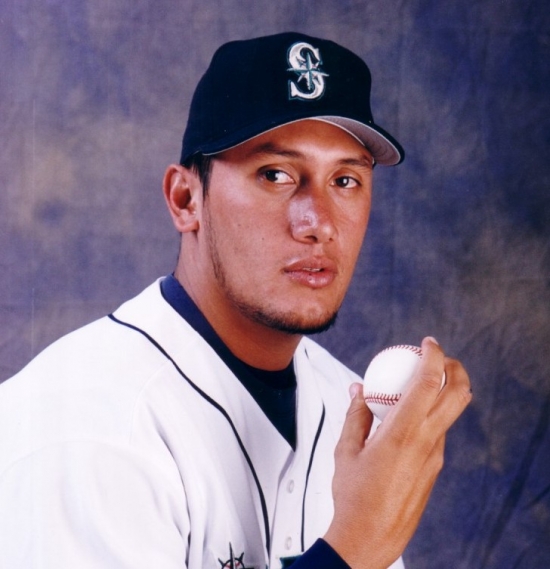 From Venezuela, Freddy Garcia burst on to the scene as a rookie with the Mariners in 1999, where he went 17-8 with 170 Strikeouts and was the runner-up to the Rookie of the Year to Carlos Beltran.  This had to hurt the Houston Astros, who had traded him five years in the Randy Johnson trade after they drafted him as an Amateur Free Agent.

He would play another year and a half with Seattle before being traded to the Chicago White Sox in June of 2004.  He would win 76 Games with 819 Strikeouts as a Mariner.