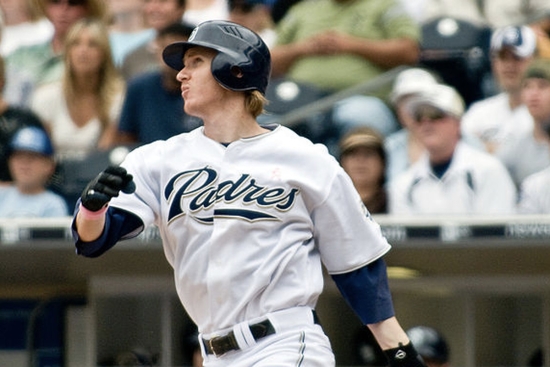 Khalil Greene is one of the greatest players in Clemson history, winning the 2002 Golden Spikes Award and Dick Howser Trophy.  The Padres would choose Greene with the 13th Overall Pick that year, though he never dominated as a pro as he did in the NCAA.

Greene was called up the following year for 20 Games, and was then San Diego’s starting Shortstop for the four years after.  He showed decent power, having three straight 15 Home Run years (2004-06), which was punctuated by a 27 Home Run/97 RBI year in 2007.  While Greene had good power, he struggled to have a good OBP (.304 with San Diego).