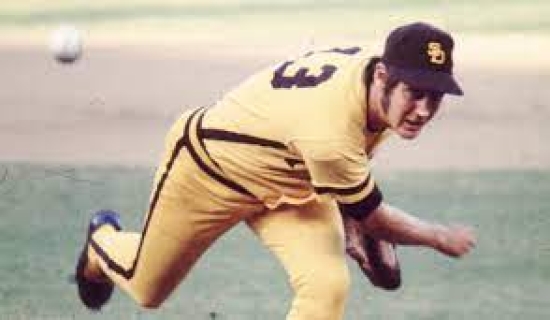 Clay Kirby, an original Padre, will always be best known for the no-hit attempt that he was denied to complete.

Kirby was taken from the Cardinals in the Expansion Draft, and had a rough rookie year, leading the NL in Losses (20), and had arguably a worse year in 1970, though in a game against the Mets, he had a no-hitter going into the ninth inning but was pulled for his at-bat.  It would take until Jos Musgrove in 2021 before the Padres ever recorded a no-hitter.