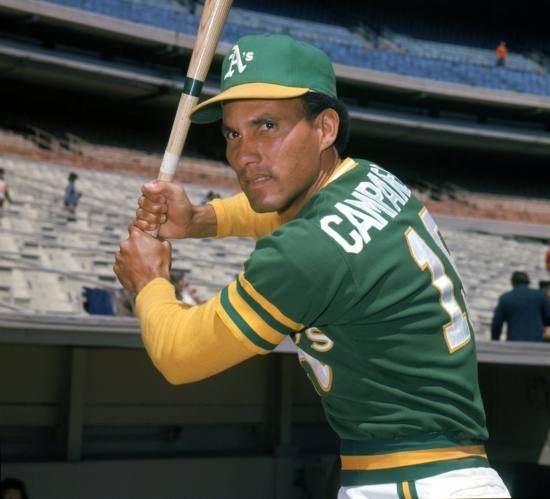 Bert Campaneris made his debut with the Kansas City Athletics in 1964, and he would secure the starting Shortstop role for the team, which would be a role he had until he signed with the Texas Rangers after the 1976 season.

Campaneris’ calling card was his speed and defensive ability.  A five-time All-Star with the A’s, “Campy” would lead the American League six times in Stolen Bases and once in Triples.  In terms of his base stealing, he was also very intelligent with his selection as he also led the AL twice in Stolen Base Percentage and was in the top five on six occasions.

While he never won a Gold Glove, Campaneris did have eight seasons with Kansas City/Oakland, where he was in the top ten in Defensive bWAR.  He wasn’t the best in terms of On Base Percentage, but he did lead the AL in Hits in 1968 and accumulated 1,882 overall for the franchise.

Campaneris was arguably the first building block that Charlie O. Finley had that would lead to the three-peat Oakland World Series dynasty (1972-74).  He would also have eight years where he received at least a vote for the MVP, and he would finish as high as 10th in 1966.  He would also notably in 1965 become the first player to play all nine positions in a game.  That alone shows how versatile he was a baseball player.