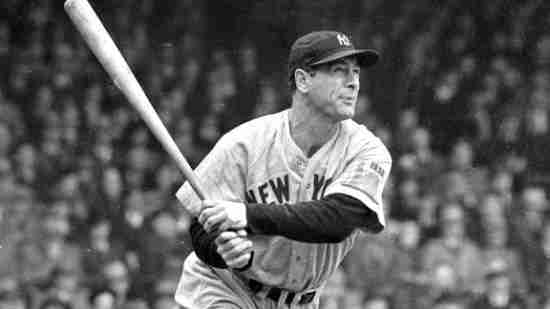 Considered by many baseball writers to be the finest First Baseman that ever lived, Lou Gehrig is also one of the most inspirational figures in sports history.


Known for his all-around play and durability, Lou Gehrig played in 2,130 consecutive games, earning him the nickname of the “Iron Horse”.  These were not just games that he played in, but games where he excelled.  Gehrig hit for average, though while he only won one Batting Title, he had a career Batting Average of .340, and an even keener eye, winning five On Base Percentage Titles and is currently 5th all-time in that statistic.  Power-wise, he finished seven short of 500 Home Runs, a number he would have hit had he not been forced to retire early (we will get to that).  Ring-wise, Gehrig collected six, with a playoff Slash Line of .361/.483/.731 with 10 Home Runs.

The story of why Lou Gehrig had to retire at age 36 is well known as he was stricken with ALS, now known as Lou Gehrig’s Disease.  He would become the first baseball player to have his number retired and he was rushed into the Baseball Hall of Fame in 1939, shortly after Gehrig would give the most iconic speech in sports history where he called himself “The Luckiest Man on the face of the Earth”.  He would die less than two years later.  The Yankees would also give him the ultimate honor, retiring his number #4, the first in franchise history.

Anyone who watched Gehrig play was among the luckiest ones on Earth.