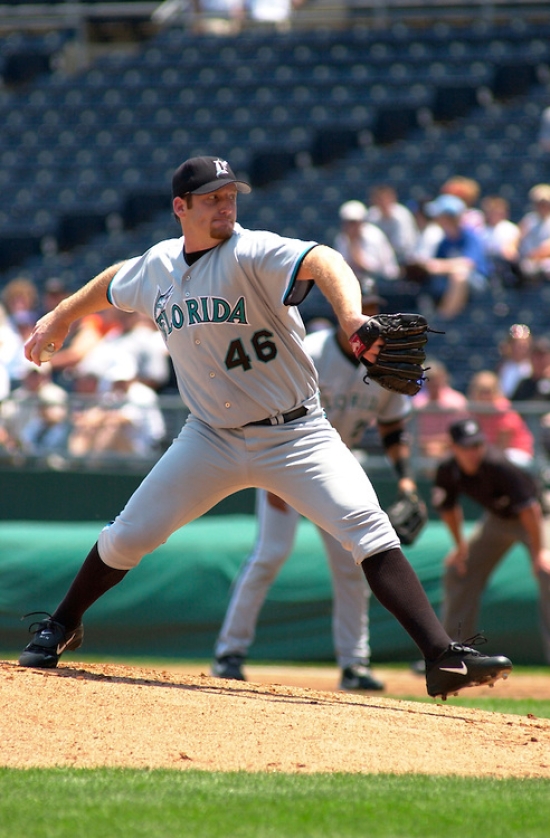 From Canada, Ryan Dempster was a product of the Texas Rangers organization before he was traded to Florida in 1996.  Two years later, the Pitcher received his call up.

Although hitting should not reflect a Pitcher’s overall rank that much, Dempster does lose a few spots, as he was abysmal at the plate, even for his position.  Dempster batted only .068 in 265 Plate Appearances as a Marlin, and this level of ineptitude does matter.

More in this category: « 49. Pablo Lopez