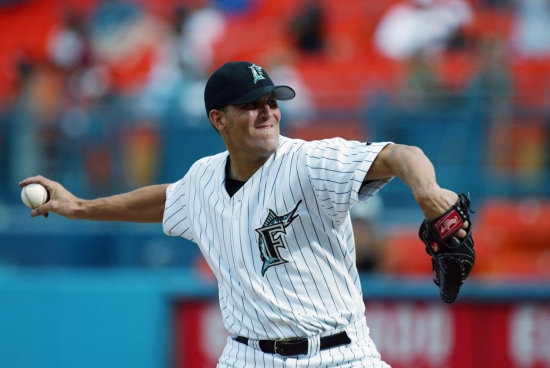 A Bronze Medalist at the 1996 Olympics, Braden Looper was the third overall pick in that year’s draft, selected by the St. Louis Cardinals.  He made the Redbirds two years later, appearing in four Games, but that would close the book on his first St. Louis run, as Looper was traded to the Marlins in that off-season.

Looper joined Florida's bullpen, where he would stay for five years.  While he was not the most consistent Pitcher, he would eventually be given a chance to be the team's closer, saving 28 Games in 2003 and 46 overall with 170 Games Finished as a Marlin.  Looper joined the Mets as a Free Agent in 2004.