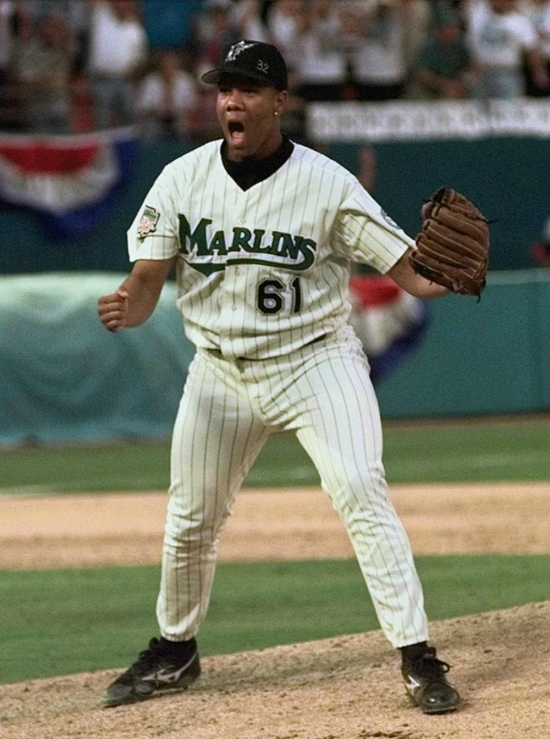 One of the most fascinating people to rank on a list of all-time Marlins is Livan Hernandez, the star of the 1997 Playoffs.

Hernandez began his career with Florida, signed by the Marlins after the Cuban defected to the United States in 1995.  He appeared in one Game in 1996 and made it to the starting rotation during the 1997 season, finishing the year with a 9-3 Record and a 3.18 ERA.  Florida made the playoffs, and Hernandez was incredible, winning the NLCS MVP and the World Series MVP, going 4-0 overall.  Hernandez struggled the year after and was traded to San Francisco in July of 1999.

Hernandez would have greater individual success with the Expos/Nationals, representing them in the All-Star Game twice.  As a Marlin, Hernandez had a record of 24-24, with a 4.39 ERA and 333 Strikeouts.  Notably, he was also an excellent defensive player and an above-average hitting Pitcher, accumulating 35 Hits with a .222 Batting Average for the team.