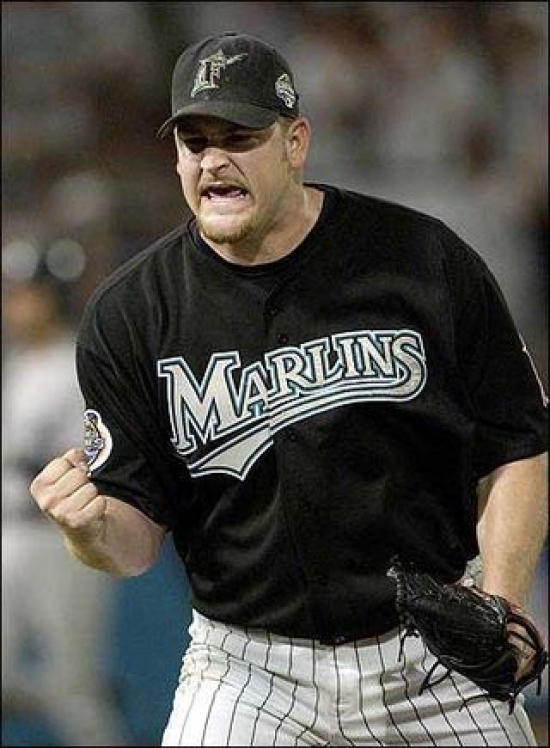 Brad Penny is best known for his time with the Los Angeles Dodgers, where he was a two-time All-Star, but before that, the Pitcher won a World Series Ring with the Florida Marlins.

Penny began his career in the Diamondbacks organization, but before being promoted to the parent club, he was traded to Florida in the summer of 1999.  Making the Marlins' Starting Rotation the following year, Penny was a middle-of-the-rotation starter over the next three years, going 26-24 in that time frame with a notable 154 SO year in 2001.  Penny won 14 Starts in 2003, fanning 138 and helping the Marlins win the 2003 World Series.  He was especially effective in the WS, winning both his Games, with a 2.19 ERA.

He was traded to the Dodgers at the 2004 Trade Deadline but returned for a brief stop a decade later, though he did not play much in his second run.  With the Marlins, he had a record of 50-43 with a 4.12 ERA and 583 Strikeouts.